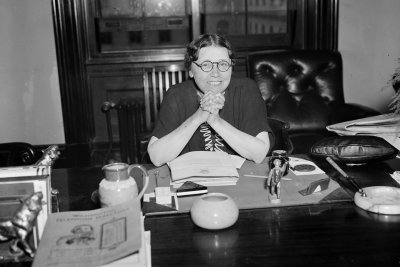 Music // 3 years ago
Barry Gibb working with Universal on Bee Gees stage musical
Universal Theatrical Group says it is working on a stage musical about the iconic pop group the Bee Gees.

Music // 3 years ago
Celine Dion, Demi Lovato and John Legend to pay tribute to the Bee Gees for CBS special
The television special "Stayin' Alive: A Grammy Salute to the Music of the Bee Gees" is to be taped Feb. 14, two days after the 59th annual Grammy Awards.

Maurice loved life. We want to celebrate his life and talent the best way we know how -- through music

All I can tell you was he was one of the most beautiful people in the world, and a very gifted man. And it's a loss to the world

Maurice Ernest Gibb, CBE (22 December 1949 – 12 January 2003) was a musician and singer-songwriter. He was born in the Isle of Man, the twin brother of Robin Gibb, and younger brother to Barry. He is best known as a member of the singing/songwriting trio the Bee Gees, formed with his brothers Robin and Barry. The trio got their start in Australia, and found major success when they returned to England. The Bee Gees became one of the most successful pop groups of all time.

Born Maurice Ernest Gibb to Barbara (née Pass) and Hugh Gibb on the Isle of Man. Maurice (pronounced "Morris"), was the twin brother of Robin Gibb, and was the younger of the twins by 35 minutes. The fourth-born of five children, he had one older sister, Lesley (b. 1945), and three brothers, Barry (b. 1946), twin Robin (b. 1949), and Andrew (b. 1958, d. 1988). In the 1950s, he and his family moved to Chorlton-cum-Hardy in Manchester before, in late 1958, the family, now including baby brother Andy, moved to Brisbane, Australia, settling in one of the city's poorest suburbs, Cribb Island, which was subsequently demolished to make way for the Brisbane Airport.

Gibb was married to the Scottish pop star Lulu from 1969 to 1973; they had no children, and the pressure of their respective commitments led to their divorce. Together with his second wife Yvonne, Gibb had two children: Adam and Samantha.

FULL ARTICLE AT WIKIPEDIA.ORG
This article is licensed under the GNU Free Documentation License.
It uses material from the Wikipedia article "Maurice Gibb."
Back to Article
/