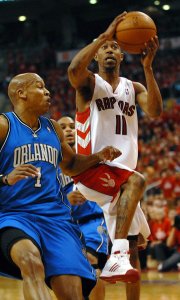 Maurice Herbert Evans (3 June 1901 – 12 March 1989) was an English actor noted for his interpretations of Shakespearean characters. In terms of his screen roles, he is probably best known as Dr. Zaius in Planet of the Apes and as Samantha Stephens' father Maurice in Bewitched.

Evans was born in Dorchester, England to Laura Turner and Alfred Herbert Evans, an analytical chemist. He first appeared on the stage in 1926 and joined the Old Vic Company in 1934, playing Hamlet, Richard II and Iago.

His first appearance on Broadway was in Romeo and Juliet opposite Katharine Cornell in 1936, but he made his biggest impact in Shakespeare's Richard II, a production whose unexpected success was the surprise of the 1937 theatre season and allowed Evans to play Hamlet (1938) (the first time that the play was performed uncut on the New York stage), Falstaff in Henry IV, Part I (1939), Macbeth (1941), and Malvolio in Twelfth Night (1942) opposite the Viola of Helen Hayes, all under the direction of Margaret Webster. He also starred opposite Cornell in the 1935 production of George Bernard Shaw's "St. Joan."

FULL ARTICLE AT WIKIPEDIA.ORG
This article is licensed under the GNU Free Documentation License.
It uses material from the Wikipedia article "Maurice Evans."
Back to Article
/