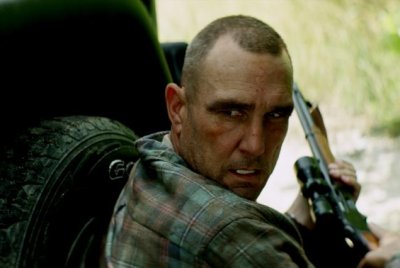 Movies // 2 months ago
Vinnie Jones: Making 'The Big Ugly' was 'a Cinderella story'
Vinnie Jones, Malcolm McDowell and Leven Rambin discuss making "The Big Ugly," which Jones produced and is on VOD Friday.

Movies // 3 months ago
Awkwafina, Zendaya among Motion Picture Academy invitees
The Academy of Motion Picture Arts and Sciences announced 819 invitees to join the Academy in 2020, including actors Awkwafina and Zendaya, and filmmakers Robert Eggers and Ryan Murphy. 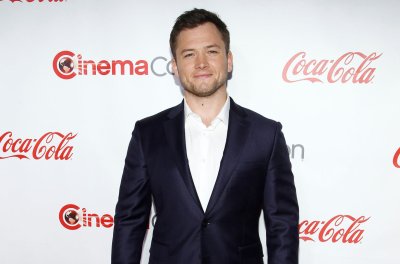 Movies // 2 years ago
'Kingsman 3' receives November 2019 release date
Fox has announced a third entry in their spy-action series "Kingsman" that will arrive in theaters on Nov. 9, 2019.

Matthew Vaughn (born 7 March 1971) is an English film producer and director known for producing such films as Lock, Stock and Two Smoking Barrels and Snatch and directing the films Layer Cake, Stardust and Kick-Ass.

Vaughn was born in London, England. He was brought up to believe that his biological father was the actor Robert Vaughn, who played Napoleon Solo in the television series The Man from U.N.C.L.E.. Matthew's mother, the actress Kathy Ceaton, had been in a relationship with Robert Vaughn at the time of Matthew's conception and birth, but the relationship was at its breaking point and Robert Vaughn had always denied that he was Matthew's father. The paternity of Matthew Vaughn was resolved in the 1980s both scientifically and legally, in the Superior Court of Los Angeles. Matthew's biological father is in fact George Albert Harley Drummond (also known as George de Vere Drummond) a minor British aristocrat whose Godfather was the late King George VI. Following the resolution, Matthew adopted (for private use) the name Matthew de Vere Drummond.

At the time of their marriage, there was some confusion in the press about the possibility of Vaughn's wife eventually becoming the Countess of Oxford, because her father in-law was in line of succession to the Earldom of Oxford and Mortimer. In fact, however, George Drummond is descended from the Edward Harley, 3rd Earl of Oxford and Mortimer through his son Thomas Harley (1730–1804) whose daughter Martha Harley (1760–1788) married one George Drummond (1758–1789) in 1779. Matthew's illegitimacy would bar him from succession. George Harley Drummond himself would not be in line for succession as he is not descended from the male line and furthermore the Harley family are no longer holders of the Earldom of Oxford and Mortimer. The male line ended with the death of Alfred Harley, 6th Earl of Oxford and Mortimer in 1853 and the title became extinct. A similarly named earldom, that of Oxford and Asquith, is now held by family of Herbert Asquith under the creation of 1925. George Albert Harley Drummond adopted the name 'de Vere' because that is the surname of the famous earls of Oxford who held the title (with interruptions) from 1135 to 1702, and he is a descendant of the 20th and last De Vere Earl of Oxford through his daughter Lady Diana de Vere, wife of Charles Beauclerk, 1st Duke of St Albans.

FULL ARTICLE AT WIKIPEDIA.ORG
This article is licensed under the GNU Free Documentation License.
It uses material from the Wikipedia article "Matthew Vaughn."
Back to Article
/