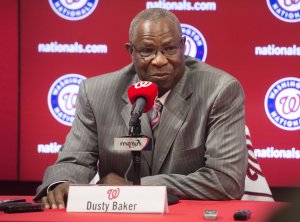 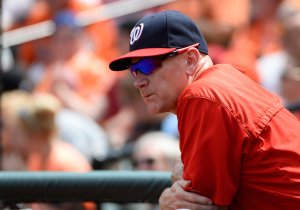 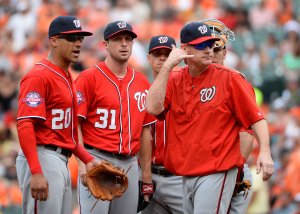 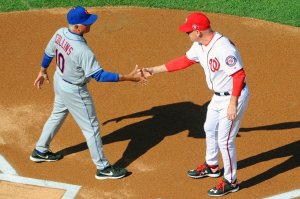 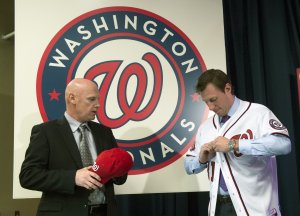 MLB // 5 years ago
Washington Nationals 2017 MLB season preview: Looking for back-to-back titles
WASHINGTON -- The Nationals have won the National League East in three of the last five seasons, with a title in the even numbered years of 2012, 2014 and 2016

MLB // 5 years ago
MLB roundup: recap, scores, notes for every game played on March 2
Matt Adams, Paul DeJong and Anthony Garcia each homered as the St. Louis Cardinals routed the Atlanta Braves 9-4 in a spring training game on Thursday in Jupiter, Fla. Dansby Swanson and Adam Walker each tagged homers off Adam Wainwright for Atlanta. Jedd Gyorko doubled twice for St. Louis, knocking in a run, and Wainwright fanned three in his two innings.

MLB // 6 years ago
MLB team grades: San Francisco Giants, Texas Rangers, Cleveland Indians at head of class
The Chicago Cubs certainly made the grade after bolting out of the blocks with a flourish to begin the 2016 season, only to lose favor with the teacher heading into the All-Star break.

Sports News // 6 years ago
Dusty Baker brings new look to Washington Nationals
WASHINGTON -- The changes are subtle and obvious. They have taken place in the clubhouse away from the fans or on the field and in the dugout for all to see.

Sports News // 6 years ago
Two-out hits key Miami Marlins' win over Washington Nationals
WASHINGTON -- The Miami Marlins decided to go to their bullpen after a rain delay of 1 hour, 25 minutes in the middle of the second inning Thursday.

Sports News // 6 years ago
Washington Nationals rally in 9th, edge Atlanta Braves in 10th
ATLANTA -- Daniel Murphy came through in his first game with Washington to give Dusty Baker a victory in his debut as Nationals manager.

The decision to trade Ray was not an easy one

Matt Williams (born in Weatherford, Texas) is a walk on place kicker for the Texas Tech Red Raiders football team. Williams was offered the position, two others having failed to succeed for the team at that point, after winning a year's worth of free rent in a place kicking contest at one of the Red Raiders games.

Williams attended Weatherford High School in Weatherford, Texas, where he played soccer and football. In football, he played both receiver and kicker. His signature moment as a kicker occurred when he kicked a 49-yard field goal through the uprights to defeat rival Mineral Wells High School in overtime. He graduated from Weatherford in 2006.

Williams walked on at Tarleton State University as a football player, though was only on the team for a month and never played a game.

FULL ARTICLE AT WIKIPEDIA.ORG
This article is licensed under the GNU Free Documentation License.
It uses material from the Wikipedia article "Matt Williams."