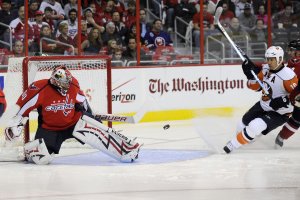 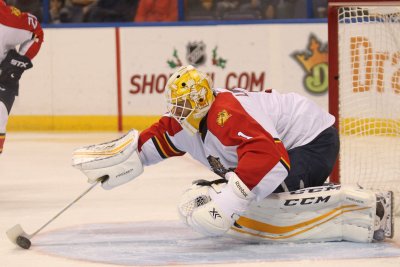 NHL // 3 years ago
NHL roundup: recap, scores, notes for every game played on March 20
NASHVILLE, Tenn. -- Ryan Ellis scored two goals and Pekka Rinne stopped 25 shots Monday night as the Nashville Predators warmed up after a sluggish first period for a 3-1 win over the Arizona Coyotes in Bridgestone Arena. 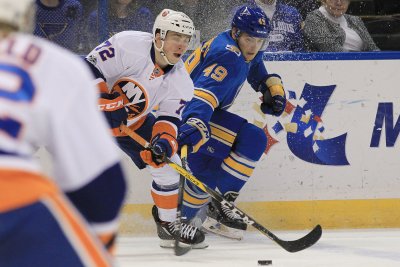 NHL // 3 years ago
NHL roundup: recap, scores, notes for every game played on March 11
WINNIPEG, Manitoba -- Brian Elliott stopped 31 shots for his second shutout in three nights as the Calgary Flames rattled off their ninth consecutive victory with a 3-0 decision over the Winnipeg Jets on Saturday.

NHL // 3 years ago
Pittsburgh Penguins rally from 3-0 deficit to beat Buffalo Sabres
PITTSBURGH -- Marc-Andre Fleury had not played at home since Feb. 16, and the Pittsburgh Penguins goaltender was thrilled when the fans at PPG Paints Arena gave him a warm ovation when he led his team onto the ice for the second period Sunday to relieve starter Matt Murray.

NHL // 3 years ago
NHL roundup: recap, scores, notes for every game played on February 7
WASHINGTON -- Braden Holtby picked up his seventh shutout of the season, five different players scored and the Washington Capitals defeated the Carolina Hurricanes 5-0 on Tuesday night for their 10th straight home win.

NHL // 3 years ago
NHL roundup: recap, scores, notes for every game played on January 26
NEW YORK -- Andrew Ladd scored a pair of goals Thursday night, including the go-ahead tally less than eight minutes into the third period, as the New York Islanders continued surging into the All-Star Break with a 3-1 win over the Montreal Canadiens at Barclays Center.

Moulson grew up in Mississauga, Ontario playing minor hockey for the AAA Mississauga Senators of the GTHL until Bantam when he returned to AA hockey with the Mississauga Braves as a Midget.

After his midget days, Moulson signed with the Guelph Dominators Jr.B. club of the Midwestern Ontario Junior B League (OHA) for the 2001-02 season. The following year, Moulson matriculated at Cornell University.

FULL ARTICLE AT WIKIPEDIA.ORG
This article is licensed under the GNU Free Documentation License.
It uses material from the Wikipedia article "Matt Moulson."
Back to Article
/