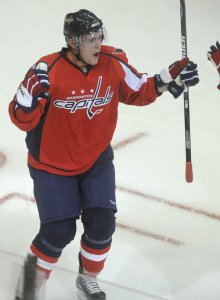 Matthew David Cooke (born September 7, 1978) is a professional ice hockey player currently playing for the Pittsburgh Penguins of the National Hockey League. His playing style has earned him a reputation of being a "pest" and he is therefore known for his ability to aggravate opponents. Cooke won the Stanley Cup with Pittsburgh during the 2008–09 NHL season. Although he is no longer a member of the Vancouver Canucks' organization, he still active in the Vancouver community with his wife as they run The Cooke Family Foundation of Hope.

Cooke played major junior in the Ontario Hockey League for three seasons predominantly with the Windsor Spitfires prior to playing professionally. Recording an impressive 95-point (10th overall in the league), 146-penalty-minute campaign in his second OHL season, he was drafted 144th overall by the Vancouver Canucks in the 1997 NHL Entry Draft. Returning to the OHL for a third season after being drafted, he was traded from Windsor to Kingston on December 17, 1997, in exchange for Brent L'Heureux. Cooke would finish the season and his OHL career with Kingston.

FULL ARTICLE AT WIKIPEDIA.ORG
This article is licensed under the GNU Free Documentation License.
It uses material from the Wikipedia article "Matt Cooke."
Back to Article
/