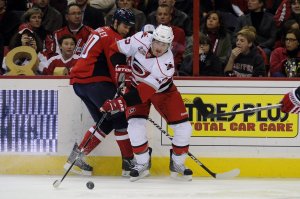 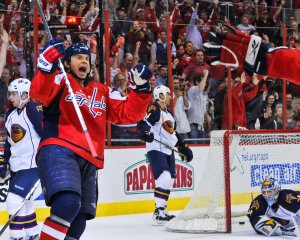 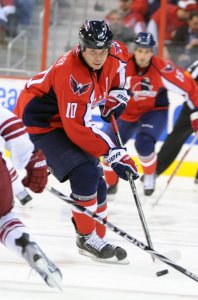 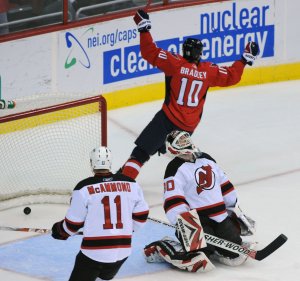 If you told me four years ago I'd be in this position, I'd tell you you were nuts

If you told me four years ago I'd be in this position, I'd tell you you were nuts

Bradley was drafted by the San Jose Sharks in the 1996 NHL Entry Draft, in the fourth round, 102nd overall. Prior to signing with the Capitals, he also played for the Pittsburgh Penguins and San Jose Sharks.

Though he is not an offensive powerhouse, Bradley has effectively carved out a niche for himself as a tough, checking line winger. In the 2007–08 season, Bradley doubled his fight total from the previous year, had a career-high 111 shots on goal, and was third among Capitals forwards in hits, even though he had the second lowest amount of ice time. Bradley improved his plus/minus rating in every season dating back to 2003.

FULL ARTICLE AT WIKIPEDIA.ORG
This article is licensed under the GNU Free Documentation License.
It uses material from the Wikipedia article "Matt Bradley."
Back to Article
/