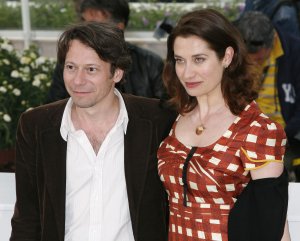 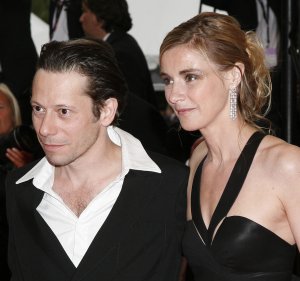 Movies // 5 months ago
Wes Anderson's 'French Dispatch' gets poster ahead of trailer
The poster for "The French Dispatch," a new movie from Wes Anderson, features depictions of Tilda Swinton, Frances McDormand, Bill Murray and Jeffrey Wright's characters.
TV // 6 years ago
Damian Lewis to play Henry VIII in 'Wolf Hall' miniseries
British actor Damian Lewis has signed on to play King Henry VIII opposite Mark Rylance as Thomas Cromwell in the six-part miniseries, {i:Wolf Hall}.
Entertainment News // 1 decade ago
Filming on 'Bond 22' underway in U.K.
Production on the next adventure in the 007 film franchise, which has the working title of "Bond 22," has begun at Pinewood Studios in London.
Entertainment News // 1 decade ago
Amalric to play baddie in Bond film
French actor Mathieu Amalric says he will play James Bond's nemesis in the next 007 spy adventure, the BBC reported Friday.

Mathieu Amalric (born 25 October 1965) is a French actor and film director, perhaps best known internationally for his lead role in Quantum of Solace. He also has won the Étoile d'or and the Lumiere Award.

Amalric was born in Neuilly-sur-Seine, a suburb of Paris, France, the son of journalists Nicole Zand, a literary critic for Le Monde, and Jacques Amalric, who has worked as a foreign affairs editor for Le Monde and Libération. Mathieu Amalric's mother was born in Poland to Jewish parents, and moved to France before World War II; she originates from the same village as director Roman Polanski's family. Amalric first gained fame in the film Ma Vie Sexuelle (My Sex Life...or How I Got Into an Argument), for which he won a César Award.

Amalric was selected to play the newest Bond villain Dominic Greene, and stars alongside Daniel Craig in the 2008 film Quantum of Solace, the sequel to the 2006 film Casino Royale. The villain Greene is plotting to take control of Bolivia's water supply through the Quantum Organization, and intending to stage a fake coup d'etat.

FULL ARTICLE AT WIKIPEDIA.ORG
This article is licensed under the GNU Free Documentation License.
It uses material from the Wikipedia article "Mathieu Amalric."
Back to Article
/