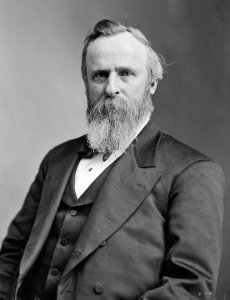 Mathew B. Brady (May 18, 1822 – January 15, 1896) was one of the most celebrated 19th century American photographers, best known for his portraits of celebrities and the documentation of the American Civil War. He is credited with being the father of photojournalism.

Brady was born in Warren County, New York, to Irish immigrant parents, Andrew and Julia Brady. He moved to New York City at the age of 16. Beginning in 1841, Brady's artistic aptitude allowed him to study under the skilled daguerreotypist Samuel F. B. Morse. By 1844, he had his own photography studio in New York, and by 1845, Brady began to exhibit his portraits of famous Americans. He opened a studio in Washington, D.C. in 1849, where he met Juliet Handy, whom he married in 1851. Brady's early images were daguerreotypes, and he won many awards for his work; in the 1850s ambrotype photography became popular, which gave way to the albumen print, a paper photograph produced from large glass negatives most commonly used in the American Civil War photography. In 1850, Brady produced The Gallery of Illustrious Americans, a portrait collection of prominent contemporary figures. The album, which featured noteworthy images like an elderly Andrew Jackson at the Hermitage, was not financially rewarding but invited increased attention to Brady’s work and artistry. In 1859, Parisian photographer André-Adolphe-Eugène Disdéri popularized the carte de visite and these small pictures (the size of a visiting card) rapidly became a popular novelty as thousands of these images were created and sold in the United States and Europe.

In 1856 Brady created the first modern advertisement when he placed an ad in the New York Herald paper offering to produce "photographs, ambrotypes and daguerreotypes." His ads were the first whose typeface and fonts were distinct from the text of the publication and from that of other advertisements.

FULL ARTICLE AT WIKIPEDIA.ORG
This article is licensed under the GNU Free Documentation License.
It uses material from the Wikipedia article "Mathew Brady."
Back to Article
/