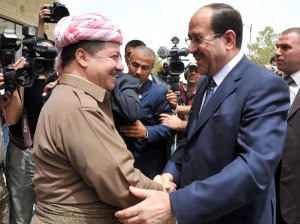 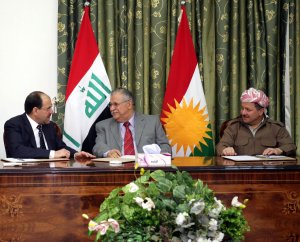 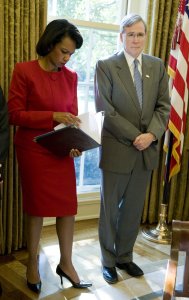 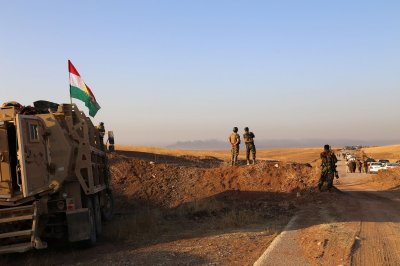 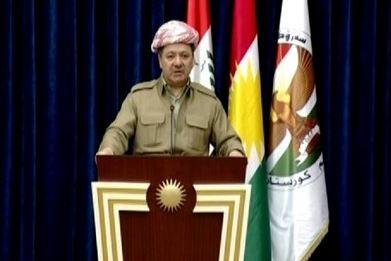 World News // 5 years ago
U.S. sending more troops to Iraq, $415M to Peshmerga for Mosul victory
The U.S. will increase troop numbers in Iraq, deploy Apache helicopters and help fund Kurdish Peshmerga with $415 million as the battle for Mosul progresses.

World News // 6 years ago
Kurds: Large portions of Iraqi town Sinjar seized from Islamic State
Iraqi Kurdish forces claim to have taken large portions of the center of Sinjar, a town held by Islamic State forces since August.
World News // 7 years ago
ISIS seizes largest dam in Iraq
Islamic State of Iraq and Syria militants claimed control of the Mosul Dam on Sunday, after a 24-hour battle with the Kurdish Peshmerga.
World News // 7 years ago
Kurds to concentrate on autonomy, self-determination
Kurdistan, a region of Iraq, will demand more autonomy from any reorganized Iraqi government, the chief of staff to Kurdish President Massoud Barzani said.
World News // 7 years ago
Kurdish president calls for commission to investigate independence referendum
The president of Iraq's autonomous Kurdish region asked Parliament members Thursday to organize a referendum on independence.
Energy News // 7 years ago
Iraq: 'This is war,' say Kurds in oil fight with Baghdad
Prime Minister Nouri al-Maliki's dispute with Iraq's Kurdish minority over its independent oil exports has escalated with the central government blocking Kurdistan's share of the state budget and banning two airlines that operate between Europe and the Kurds' semiautonomous northern enclave.
Energy News // 8 years ago
Gazprom considers more work in Iraq
Russian energy company Gazprom said it was interested in working further in the oil and natural gas sector in the Kurdish north of Iraq.

The Kurdistan region has much to gain from developing friendships with European nations in a wide variety of fields and economic sectors, and I look forward to a closer partnership with countries such as Italy

We in the Kurdistan region of Iraq want good neighborly relations based on mutual understanding, and I am happy to welcome this first visit of an Iranian foreign minister to the region

If the pact is not signed, the situation in the country may deteriorate to the point of a civil war

We would like to develop strategic cooperation on energy and trade

Massoud Barzani (Kurdish: مسعود بارزانی; Arabic: مسعود بارزاني‎; born 16 August 1946) is the current President of the Iraqi Kurdistan Region and the leader of the Kurdistan Democratic Party. Barzani was born in Mahabad, Iran, during the rule of the Republic of Mahabad. He has five sons (incl. Masrour) and three daughters.

Massoud Barzani succeeded his father, the former Kurdish nationalist leader Mustafa Barzani, as the leader of the Kurdistan Democratic Party (KDP) in 1979. Working closely with his brother Idriss Barzani until Idriss' death, Barzani and various other Kurdish groups fought Baghdad during the Iran-Iraq War. For much of this time, the Kurdish leadership was exiled to Iran.

With Saddam Hussein's defeat in the first Gulf War, Kurdish forces were able to retake much of the traditional homeland of the Kurds in Iraq. However, as Iraqi forces regrouped they pushed the Kurdish fighters back and hundreds of thousands of civilians fled to the mountains bordering Iran and Turkey, where thousands died under heavy fire from Iraqi gunships and many more succumbed to starvation and exposure. United States-led allies started Operation Provide Comfort to establish a safe zone within Iraq. This zone, protected by a no-fly zone, eventually developed into an autonomous Kurdish zone under the control of the two dominant Kurdish political parties, the KDP led by Massoud Barzani and the PUK led by Jalal Talabani. This zone incorporated most of the three governorates of Duhok, Hewler, and Silemani.

FULL ARTICLE AT WIKIPEDIA.ORG
This article is licensed under the GNU Free Documentation License.
It uses material from the Wikipedia article "Massoud Barzani."
Back to Article
/