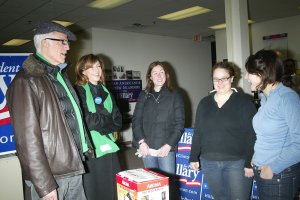 Entertainment News // 6 months ago
'Last Man on Earth' alum Will Forte is engaged
Will Forte, who played Phil Miller on "The Last Man on Earth," got engaged to his girlfriend, Olivia Modling. 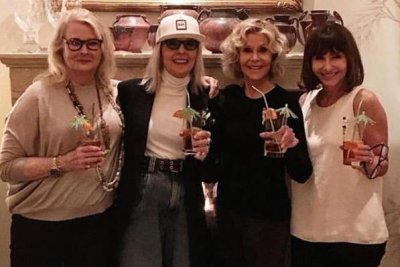 Mary Nell Steenburgen (born February 8, 1953) is an American actress. She is best known for playing the role of Lynda Dummar in Jonathan Demme's Melvin and Howard, which earned her an Academy Award and a Golden Globe.

Steenburgen was born in Newport, Arkansas, the daughter of Nellie Mae (née Wall), a school-board secretary, and Maurice Steenburgen, a freight-train conductor who worked at the Missouri Pacific Railroad. Steenburgen grew up in North Little Rock, Arkansas.

Steenburgen moved to New York City in 1972, working at Doubleday's while studying acting at New York's Neighborhood Playhouse under Will Esper. Her break came when she was discovered by Jack Nicholson in the reception room of Paramount's New York office and was cast as the lead in his second directorial effort, the 1978 Western Goin' South. In only her third film, she won the Academy Award for Best Supporting Actress for the 1980 film Melvin and Howard, playing the wife of a man who claims to have befriended reclusive eccentric Howard Hughes.

FULL ARTICLE AT WIKIPEDIA.ORG
This article is licensed under the GNU Free Documentation License.
It uses material from the Wikipedia article "Mary Steenburgen."
Back to Article
/