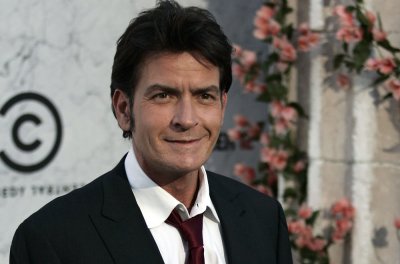 Entertainment News // 5 years ago
Cosby to be deposed in defamation case
Bill Cosby and his former lawyer will testify under oath in a defamation case filed by former model Janice Dickinson, a court ruled.

Entertainment News // 6 years ago
Bill Cosby wasn't in LA at time of alleged 2008 assault, lawyer says
Bill Cosby wasn't in California the night a 24-year-old model says he sexually assaulted her at a party at the Playboy Mansion, the comedian's lawyer says.
Entertainment News // 1 decade ago
Former lawyer: Sharif won't pay valet
Egyptian actor Omar Sharif has no intention of paying a $445,000 civil judgment to the Beverly Hills, Calif., valet he smacked in 2005, his former lawyer said.
Science News // 1 decade ago
New supercomputer to be unveiled
A Canadian firm is claiming to have taken a quantum leap in technology by producing a computer that can perform 64,000 calculations at once.
Top News // 1 decade ago
Washington Agenda-Federal
Business News // 1 decade ago
Executive Business Briefing
Here is a look at more of Wednesday's top business stories:

All of these declines took place in the first and second quarters of the year, long before the Sept. 11 events, and they began well before the onset of the recession, now officially pegged to March

Martin D. Currigan, Sr., was born in 1845 in Ireland in Ballaghaderreen in County Roscommon. He arrived in America in 1864, went west to Colorado, worked as a plastering contractor, and entered politics in the 1890s. Currigan died in 1900.

The Currigan Exhibition Hall in Denver, Colorado was named after him.

FULL ARTICLE AT WIKIPEDIA.ORG
This article is licensed under the GNU Free Documentation License.
It uses material from the Wikipedia article "Martin D.."
Back to Article
/