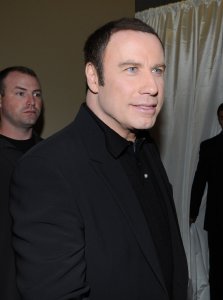 We're winning ballgames again, although we had a tough start

No one in here is expecting any pity, or any pats on the back, or any sympathy calls from anybody around the league

I was brought up here, the majority of my friends are here and my family is here

Marshall William Faulk (born February 26, 1973) is a former American football running back who played in the National Football League. He is currently an analyst for NFL Total Access on the NFL Network. He played football in college for San Diego State University, before drafted to the Indianapolis Colts in the 1994 NFL Draft. Following the 1998 season Faulk was traded to the St. Louis Rams. Marshall is one of the few players to reach at least 10,000 rushing yards and 5,000 receiving yards in his career. His seven two-point conversions are an NFL record. Marshall Faulk is the only player to have 100+ rushing touchdowns and 30+ receiving touchdowns. Due to a knee injury, Faulk did not play in the 2006 season. During the season he became an analyst for the NFL Network. Faulk announced on March 26, 2007 that he had officially retired from football at the annual NFL Owners meeting. Faulk had his #28 jersey retired by the St. Louis Rams on December 20, 2007, during a halftime ceremony with NBC anchor Bob Costas.

Marshall Faulk was a stand-out back at San Diego State University, compared to Gale Sayers, Roger Craig and Thurman Thomas with his ability to rush and receive. In one of the most prolific performances of his entire career, he ran all over the University of the Pacific in just his second collegiate game. In 37 carries, he racked up 386 yards and scored seven touchdowns, both NCAA records for freshmen, and built on this performance throughout the year. He compiled one of the greatest freshman seasons in NCAA history, gaining 1,429 yards rushing, with 23 total touchdowns (21 rushing), and 140 points scored. Although in the next two seasons, he would not replicate the success of his freshman year, he showed in his final season at SDSU he was still an all-purpose back, catching 47 passes for 640 yards, which aided him in ranking 3rd in all-purpose yardage that year and 2nd in scoring. Faulk left San Diego State University with many of the school's offensive records, amongst them 62 career touchdowns, which is the 8th most in NCAA history. Many experts still consider Faulk one of the greatest all around athletes in Professional Sports.

Faulk was drafted 2nd overall in the 1994 NFL Draft by the Indianapolis Colts, who were in desperate need of a running game. Faulk ran a 4.28 forty-yard dash time at the combine. On March 31, 1994, Faulk ran a 4.35 forty-yard time at the San Diego State Pro Day. Faulk responded by rushing for 1,282 yards, 11 touchdowns, and one receiving touchdown. The Colts improved to 8-8. Marshall Faulk would later that season would become the first NFL player to win both the Offensive Rookie of the Year Award and the Pro Bowl’s Most Valuable Player Award in the same season.

FULL ARTICLE AT WIKIPEDIA.ORG
This article is licensed under the GNU Free Documentation License.
It uses material from the Wikipedia article "Marshall Faulk."
Back to Article
/