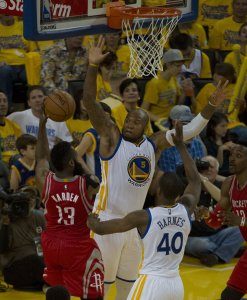 NBA // 3 years ago
Magic is missing as Cavaliers host Orlando
CLEVELAND -- The Orlando Magic are the last team the Cleveland Cavaliers beat.

NBA // 3 years ago
NBA roundup: recap, scores, notes for every game played on March 25
LOS ANGELES -- The Los Angeles Clippers are heading to the playoffs for the sixth season in a row. Still, they need to improve their game if they expect to make a deep run, guard Jamal Crawford says.

Marreese Akeem Speights (born August 4, 1987 in St. Petersburg, Florida) is an American basketball player for the Philadelphia 76ers of the NBA. A former starting center for the University of Florida men's basketball team, he won the NCAA national championship in 2007.

Speights began his career at Florida in 2006, and averaged approximately four points and two rebounds in only six minutes per game as a freshman for the national champion Gators. He saw few minutes because of other big men Al Horford, Joakim Noah, and Chris Richard.

FULL ARTICLE AT WIKIPEDIA.ORG
This article is licensed under the GNU Free Documentation License.
It uses material from the Wikipedia article "Marreese Speights."
Back to Article
/