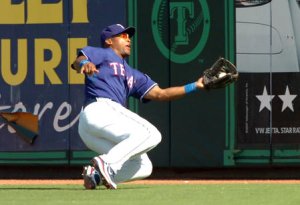 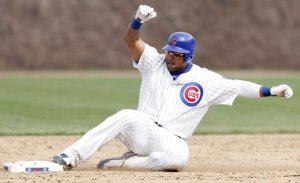 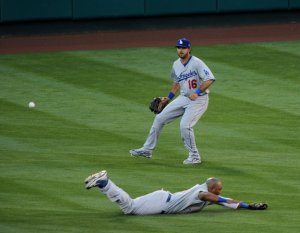 Sports News // 4 years ago
Ian Desmond, Nomar Mazara power Texas Rangers past Cleveland Indians
CLEVELAND -- The Texas Rangers checked all the boxes needed for a victory, and the score reflected it. 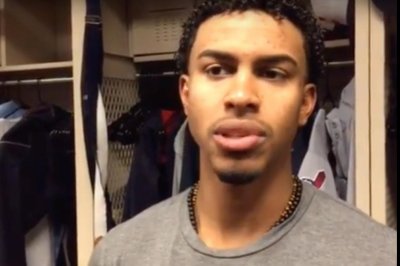 Sports News // 4 years ago
Cleveland Indians battle back to rout Cincinnati Reds
CLEVELAND -- For the Cleveland Indians, who have played 13 one-run games this year, second most in the American League, this was a breath of fresh air.

Sports News // 4 years ago
Cleveland Indians' Josh Tomlin raises record to 5-0
CLEVELAND - He is not the most physically imposing pitcher in the league, and certainly not the hardest thrower.

Sports News // 4 years ago
Homers power Cleveland Indians to 2-1 win over Detroit Tigers
DETROIT -- Don't expect Carlos Santana to turn into Rickey Henderson because that just isn't in his genes.

Marlon Jerrard Byrd (born August 30, 1977, in Boynton Beach, Florida), popularly known as The Position or The Possish or Sish, is a Major League Baseball outfielder for the Chicago Cubs. He has also played on the Philadelphia Phillies, Washington Nationals and Texas Rangers.

Byrd is a 1995 graduate of Sprayberry High School (Marietta, Georgia), and won All-State honors in baseball and football.

He played on the 1993 State Runner up team as a sophomore, and was part of the 1995 State Championship team.

FULL ARTICLE AT WIKIPEDIA.ORG
This article is licensed under the GNU Free Documentation License.
It uses material from the Wikipedia article "Marlon Byrd."
Back to Article
/