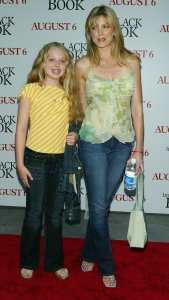 Voices // 2 years ago
Why Trump will weather Stormy
Donald Trump's opponents probably shouldn't get their hopes up about the Stormy Daniels allegations.

U.S. News // 3 years ago
Melania and Barron not moving to D.C. when Donald Trump becomes president
Donald Trump's wife Melania and their 10-year-old son Barron will stay in New York after Trump moves to Washington, D.C., in January to serve as U.S. president.

When she was the girlfriend of entrepreneur Donald Trump, she discovered that more than 40 pairs of her high-heeled shoes were missing, so she installed a video camera in her bedroom closet to catch the culprit. On July 15, 1992, the camera reportedly recorded Maples' publicist, Chuck Jones, stealing another pair. New York police raided Jones' office and recovered the shoes. Jones pleaded not guilty to the charges.

On March 2008, it was thought that Maples was dating Andy Baldwin. However, pictures of them together turned out to be nothing more than a publicity stunt for Maples' new reality TV show.

FULL ARTICLE AT WIKIPEDIA.ORG
This article is licensed under the GNU Free Documentation License.
It uses material from the Wikipedia article "Marla Maples."
Back to Article
/