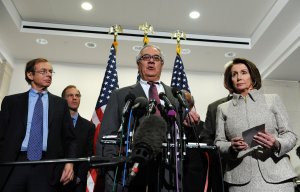 U.S. News // 3 months ago
U.S. economy grew 6.4% in 1st quarter; 2nd-largest gain of COVID-19 era
Economic activity in the United States increased by more than 6% over the first three months of 2021, the Commerce Department said in its quarterly report Thursday -- the second-largest increase of the COVID-19 era. 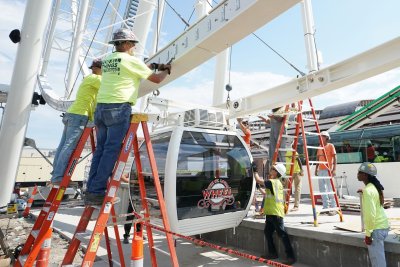 U.S. News // 1 year ago
Jobs report misses mark with 130,000 added in August
The U.S. economy added about 130,000 jobs for the month of August, the Labor Department said Friday in its monthly report.

I would extend the tax cuts for everyone, at least in 2011. I wouldn't raise the taxes next year when the recovery is so fragile

Significant government spending restraint is vital, but given the still halting economic recovery, it would be counterproductive for that restraint to begin until the economy is creating enough jobs to bring down the still very high unemployment rate

No form of fiscal stimulus has proved more effective during the past two years than emergency UI benefits, providing a bank for the buck of $1.61 -- that is, for every $1 in UI benefits, gross domestic product is increased by an estimated $1.61

I think if the tax cuts expire for everybody, then we'll be back in recession, no doubt

He was born in Atlanta, Georgia of Iranian descent and grew up in Radnor, Pennsylvania. He attended Upper Merion High School where he earned his diploma. Zandi received B.S. and Ph.D. degrees in economics from the University of Pennsylvania. His surname of "Zandi" comes from the Zand dynasty (formally known as the Zandieh dynasty), which ruled southern and south-central Iran (1750–1794) in the eighteenth century.

Zandi's analysis of the impact of an economic stimulus package on the United States economy was cited by Christina Romer and Jared Bernstein in their report on President Barack Obama's proposed American Recovery and Reinvestment Plan. Zandi uses old-style Keynesian models in the spirit of Nobel Prize winner Lawrence Klein. The utility of such models to gauge the impact of fiscal stimulus has been questioned by Harvard economist Robert J. Barro.

FULL ARTICLE AT WIKIPEDIA.ORG
This article is licensed under the GNU Free Documentation License.
It uses material from the Wikipedia article "Mark Zandi."
Back to Article
/