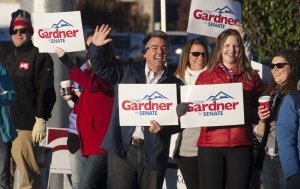 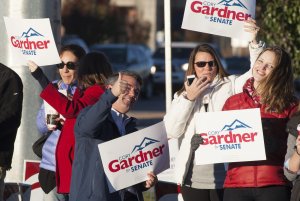 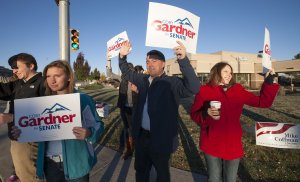 My heart and my head tell me that as tempting as a run for governor is in 2006, I have a stronger desire and determination to serve in Congress and focus on the important federal issues that make America's future uncertain

States can create higher quality and safer shooting ranges, more Coloradans can take up the sport, and it would generate more money for future conservation and hunter education efforts

It is clear that if we want to respond to climate change, nuclear power has to be part of the solution

Born in Tucson, Arizona, he is the son of former U.S. Representative Morris "Mo" Udall. The Udall family is one of America's more prolific political families. Mark Udall graduated from Williams College in 1972 and moved to Colorado. He worked at the Colorado Outward Bound School for 20 years, including ten years as the school's executive director. He was elected to the Colorado House of Representatives in 1996. After one term he was elected to the U.S. House of Representatives, where he served five terms and worked on energy and national resources.

Udall won a competitive election for the U.S. Senate in 2008, defeating Republican challenger Bob Schaffer. He chairs the Senate Energy Subcommittee on National Parks. Udall is a prolific mountaineer and was featured in Men's Journal magazine for his athletic abilities.

FULL ARTICLE AT WIKIPEDIA.ORG
This article is licensed under the GNU Free Documentation License.
It uses material from the Wikipedia article "Mark Udall."