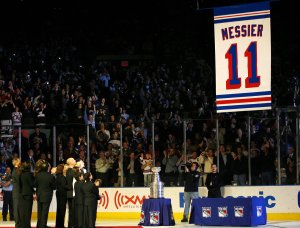 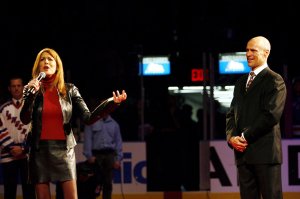 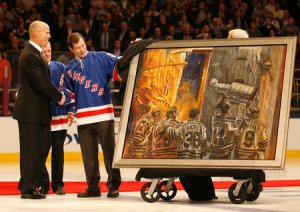 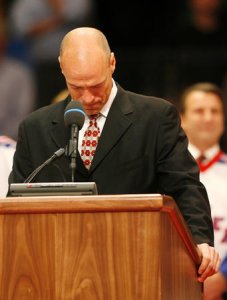 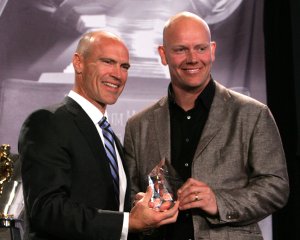 NHL // 3 years ago
Jaromir Jagr, 45, optimistic on playing in NHL this season
Free agent forward Jaromir Jagr still has hope with latching on to an NHL team sometime this season.

Sports News // 4 years ago
Jaromir Jagr, 44, signs one-year extension with Florida Panthers
There seems to be no stopping the ageless Jaromir Jagr.

I would probably say I'm leaning toward not playing, if you had to pick one or the other

Recognizing the importance of this game to the Orlando community and its rich heritage, it was important for us to not only continue our relationship with the Bowl Game, but to expand our partnership as well

Mark Douglas Messier (pronounced /ˈmɛsi.eɪ/; born January 18, 1961) is a former Canadian professional ice hockey centre of the National Hockey League and current special assistant to the president and general manager of the New York Rangers. He spent a quarter of a century in the NHL (1979–2004) with the Edmonton Oilers, New York Rangers, and Vancouver Canucks. He also played professionally with the World Hockey Association (WHA)'s Indianapolis Racers and Cincinnati Stingers. He was the last former WHA player to be active in professional hockey, and the last active player who had played in the NHL in the 1970s.

Messier is considered one of the greatest NHL players of all time, as well as among the greatest leaders in sport history. He is second on the all-time career lists for regular season points (1887), playoff points (295) and regular season games played (1756). He won six Stanley Cups, five with the Oilers and one with the Rangers, and is the only NHL player to captain two different teams to championships. Due to his size and strength, he was nicknamed "The Moose". In 2007, he was inducted into the Hockey Hall of Fame, in his first year of eligibility. Although a magnificent player, he was also feared by his opponents as he was sometimes known to be aggressive during games.

Mark Messier played Tier II in the Alberta Junior Hockey League with the St. Albert Saints. In 54 games, Messier had 74 points and 194 penalty minutes. Messier also played a few games with the Portland Winter Hawks. Mark’s father Doug once played junior hockey with Pat Stapleton, the coach of the Indianapolis Racers. Doug called him and got Messier a contract to play hockey in Indianapolis for $30,000. Messier signed the 5-game tryout contract at the age of 17. He failed to register a point and was released just before the Racers folded.

FULL ARTICLE AT WIKIPEDIA.ORG
This article is licensed under the GNU Free Documentation License.
It uses material from the Wikipedia article "Mark Messier."
Back to Article
/