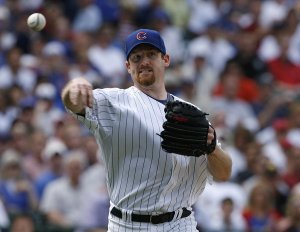 To have a center-fielder like Cameron who can go get the ball is going to be beneficial, especially in our ballpark

I feel extremely fortunate and thankful to have had this career

Drafted by the Milwaukee Brewers in the seventh round of the 1993 Major League Baseball Draft out of Northwestern University, Loretta made his professional debut with the Helena Brewers in 1993. He subsequently played with the Stockton Ports, El Paso Diablos and New Orleans Zephyrs. He was selected to the American Association All-star team during the 1995 season. Mark attended Saint Francis High School (La Cañada Flintridge).

FULL ARTICLE AT WIKIPEDIA.ORG
This article is licensed under the GNU Free Documentation License.
It uses material from the Wikipedia article "Mark Loretta."
Back to Article
/