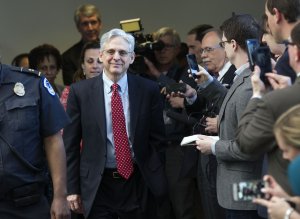 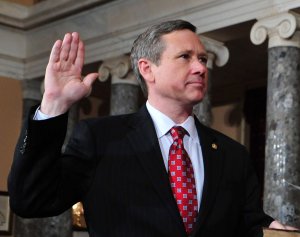 U.S. News // 5 years ago
Republicans likely retain control of Senate, House
Republicans rallied to what appears to be control of both houses of Congress, overcoming a major disadvantage in the Senate landscape to retain their majority.

Opinion // 5 years ago
North Korean nukes: Both East and West bear responsibility
North Korea celebrated its 71st Foundation Day on Oct. 10, but the rest of the world had little to cheer on the occasion.

U.S. News // 5 years ago
Obama says he plans to vote early in Chicago on Friday
President Barack Obama said he will likely cast his presidential ballot early during a campaign trip to Chicago on Friday.

U.S. News // 5 years ago
Obama's $400M cash settlement delivery to Iran slammed as 'ransom payment'
Several Republicans have criticized President Obama after the discovery of a secret $400M payment to Iran around the time of the release of four U.S. prisoners.

It's so corrupt, so dirty, you wonder if you want to apply your life's wor

If the goal is protecting children, why should these requirements only apply to schools receiving E-rate funding, in other words, poorer schools

I think the U.S. military is now overstretched with four major missions in Iraq, Afghanistan, Libya, and Japan

Born in Champaign, Illinois, he graduated from Cornell University, London School of Economics, and Georgetown University Law Center. He practiced law throughout the 1980s and 1990s. He joined the United States Navy Reserve in 1989 and was recalled to active duty for the 1999 NATO bombing of Yugoslavia. He participated in Operation Northern Watch in Iraq the following year. He remains a member of the Navy Reserve, now holding the rank of Commander.

Kirk was elected to the House in 2000. During his fifth term in November 2010 he won a special election to finish the final months of former Senator Barack Obama's term and he began a six-year Senate term beginning in 2011.

FULL ARTICLE AT WIKIPEDIA.ORG
This article is licensed under the GNU Free Documentation License.
It uses material from the Wikipedia article "Mark Kirk."