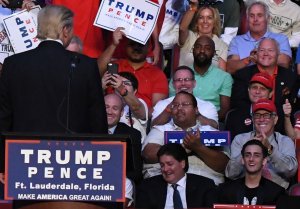 Top News // 5 years ago
The Almanac
On Sept. 29, 1992, Earvin "Magic" Johnson announced he was returning to the Los Angeles Lakers less than a year after he retired because he had the AIDS virus. A month later, Johnson announced his retirement for a second time.

There's times when you look back and say, 'That's a blur,' but at the same time you realize it was such a horrific part of my life, (I) wouldn't wish it on my worst enemy, and yet there were positive moments when you had a chance to reflect on your life and adjust to the circumstances

Today I have delivered a letter to the Speaker of the House informing him of my decision to resign from the U.S. House of Representatives, effective today

Mark Adam Foley (born September 8, 1954) is a former member of the United States House of Representatives. He served from 1995 until 2006, representing the 16th District of Florida as a member of the Republican Party.

Foley resigned from Congress on September 29, 2006 acting on a request by the Republican Leadership after allegations surfaced that he had sent suggestive emails and sexually explicit instant messages to teenage men who had formerly served and were at that time serving as Congressional pages. As a result of the disclosures, the Federal Bureau of Investigation (FBI) and the Florida Department of Law Enforcement conducted investigations of the messages to find possible criminal charges. Each ended with no criminal finding. In the case of the Florida Department of Law Enforcement, the “FDLE conducted as thorough and comprehensive investigation as possible considering Congress and Mr. Foley denied us access to critical data,” said FDLE Commissioner Gerald Bailey with the closure of the case. The House Ethics Committee also conducted an investigation into the response of the House Republican leadership and their staff to possible earlier warnings of Foley's conduct.

FULL ARTICLE AT WIKIPEDIA.ORG
This article is licensed under the GNU Free Documentation License.
It uses material from the Wikipedia article "Mark Foley."