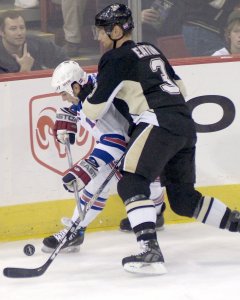 NBA // 2 months ago
Utah Jazz great Mark Eaton, 64, dies after bicycle crash
Former Utah Jazz center Mark Eaton, who won the NBA's Defensive Player of the Year award twice, has died after a bicycle crash, the team announced. He was 64. 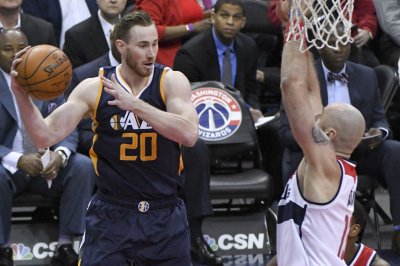 Mark E. Eaton (born January 24, 1957, in Inglewood, California) is a retired American professional basketball player who was a member of the NBA's Utah Jazz from 1982 to 1994. He was famous for his giant frame (7-foot-4, 290 pounds) and his strong defense.

Mark Eaton grew up in Southern California. Despite his height, as a youth he was more interested in playing water polo than basketball. After graduating from Westminster High School, Eaton attended the Arizona Automotive Institute and graduated as a service technician. He worked as an auto mechanic for about three years, and was eventually discovered by Tom Lubin while repairing cars. Lubin was an assistant basketball coach at Cypress Junior College, and his encouragement led Eaton to enroll at Cypress and try out for the basketball team. Eaton developed into a solid junior college player. He averaged 14.3 points game in two seasons at Cypress, and led the school to the California State Title as a sophomore.

Eaton transferred to University of California, Los Angeles (UCLA) in 1980, but did not see much action in his two seasons with the Bruins. In his senior season, he played just 42 total minutes, averaging 1.3 points and 2.0 rebounds in 11 games.

FULL ARTICLE AT WIKIPEDIA.ORG
This article is licensed under the GNU Free Documentation License.
It uses material from the Wikipedia article "Mark Eaton."
Back to Article
/