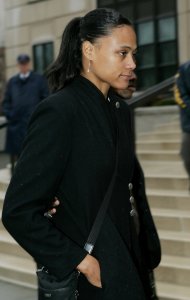 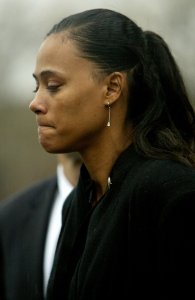 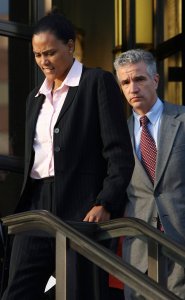 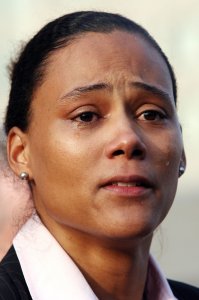 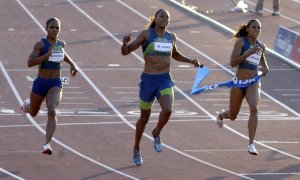 I am not going to engage in their secret kangaroo court

Marion Lois Jones (born October 12, 1975), also known as Marion Jones-Thompson, is a former world champion track and field athlete. She won five medals at the 2000 Summer Olympics in Sydney, Australia but has since agreed to forfeit all medals and prizes dating back to September 2000 after admitting that she took performance-enhancing drugs.

In October 2007, Jones admitted taking steroids before the Sydney 2000 Summer Olympics and acknowledged that she had, in fact, lied when she previously denied steroid use in statements to the press, to various sports agencies, and—most significantly—to two grand juries. One was impaneled to investigate the BALCO "designer steroid" ring, and the other was impaneled to investigate a check fraud ring involving many of the same parties from the BALCO case. As a result of these admissions, Jones accepted a two-year suspension from track and field competition, and announced her retirement from track and field on October 5, 2007.

The United States Anti-Doping Agency stated that the sanction "also requires disqualification of all her competitive results obtained after September 1, 2000, and forfeiture of all medals, results, points and prizes". On October 5, 2007, Jones formally pled guilty to lying to federal agents in the BALCO steroid investigation in the U.S. District Court. On January 11, 2008, Jones was sentenced to 6 months in jail. She began her sentence on March 7, 2008 and was released on September 5, 2008.

FULL ARTICLE AT WIKIPEDIA.ORG
This article is licensed under the GNU Free Documentation License.
It uses material from the Wikipedia article "Marion Jones."
Back to Article
/