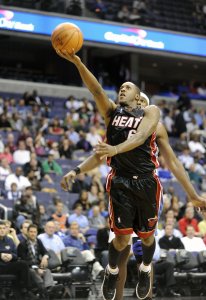 NBA // 3 years ago
San Antonio Spurs hand Memphis Grizzlies 10th consecutive loss
Rudy Gay reminded the Memphis fans of the impact he can still have at age 31 in Friday night's 95-79 San Antonio Spurs win over the Grizzlies at FedExForum. 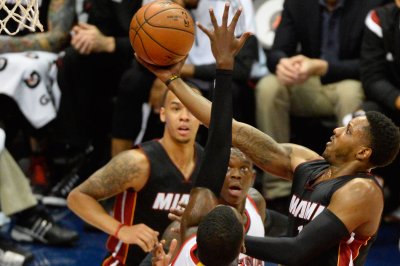 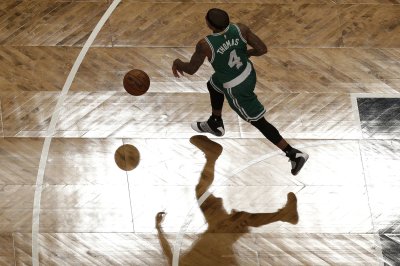 Almario Vernard "Mario" Chalmers (born May 19, 1986) is an American professional basketball player for the Miami Heat of the NBA. He was selected 34th overall in the 2008 NBA Draft by the Minnesota Timberwolves. Chalmers played for the University of Kansas in college for three seasons, including the 2007–08 national championship team, hitting a dramatic three-pointer with 2.1 seconds left in regulation to send the game against the Memphis Tigers into overtime, with Kansas eventually winning the game.

In the 2007–2008 season, Chalmers was named Big 12 All-Defensive First Team and All Big 12 Second Team. He was also named Most Outstanding Player of the 2008 NCAA Championship.

FULL ARTICLE AT WIKIPEDIA.ORG
This article is licensed under the GNU Free Documentation License.
It uses material from the Wikipedia article "Mario Chalmers."
Back to Article
/