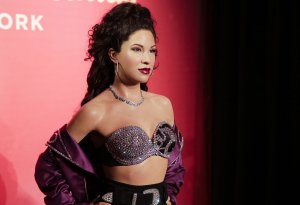 Top News // 1 month ago
The Almanac
On Dec. 1, 1959, the United States and the Soviet Union signed a treaty banning military activity on Antarctica.

She was born in Strasbourg; her father, a soldier named Joseph Grosholtz, was killed in the Seven Years' War just two months before Marie was born. Her mother, Anne-Marie Walder, took her to Bern where she moved to work as a housekeeper for Dr. Philippe Curtius (1741–1794). There she took the Swiss nationality. Curtius was a physician, and was skilled in wax modelling, which he used to illustrate anatomy. Later, he started to do portraits. Tussaud called him uncle.

Curtius moved to Paris in 1765, starting work to set up a cabinet de cire (wax exhibition). In that year he made a waxwork of Louis XV's last mistress, Madame du Barry, a cast of which is the oldest work currently on display. In 1767, Tussaud and her mother joined Curtius and also moved to Paris. The first exhibition of Curtius' waxworks was shown in 1770, and attracted a big crowd. In 1776, the exhibition moved to the Palais Royal and, in 1782, Curtius opened a second exhibit, the Caverne des Grands Voleurs, a precursor to the later chamber of horrors, on Boulevard du Temple.

FULL ARTICLE AT WIKIPEDIA.ORG
This article is licensed under the GNU Free Documentation License.
It uses material from the Wikipedia article "Marie Tussaud."
Back to Article
/