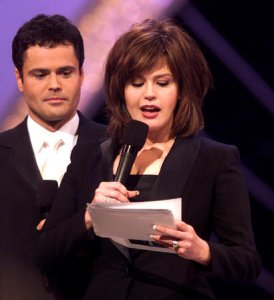 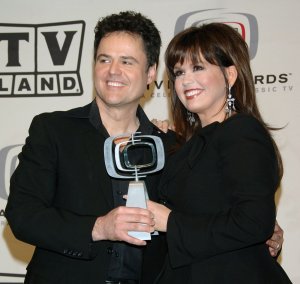 TV // 5 months ago
Marie Osmond considers 'The Talk' co-hosts sisters: 'I love' them
Marie Osmond discussed her bond with her "The Talk" co-hosts after joining the CBS talk show in Season 10.

Entertainment News // 8 months ago
Marie Osmond introduces newborn granddaughter: 'She is still in the hospital'
Marie Osmond shared a photo of Maude, her daughter Brianna Blosil's baby girl with David Schwep, amid the infant's hospital stay.

TV // 9 months ago
Marie Osmond joins 'The Talk' as a panelist for Season 10
Entertainer Marie Osmond will be a panelist on "The Talk" when the CBS daytime chat program kicks off Season 10 in September.

Entertainment News // 11 months ago
Donny, Marie Osmond to end Las Vegas show after 11 years
Donny Osmond and Marie Osmond will bring their residency at the Flamingo Las Vegas to a close in November.

Entertainment News // 1 year ago
Marie Osmond names Merrill as her most talented sibling
Marie Osmond praised her brother Merrill Osmond and teased her sibling Donny Osmond during a new interview.

Entertainment News // 1 year ago
Jimmy Osmond suffers stroke during show in England
Jimmy Osmond's publicist said the entertainer was hospitalized in England after suffering a stroke on stage during a show at the Birmingham Hippodrome.

TV // 1 year ago
'Evil Dead' icon Bruce Campbell to host new 'Ripley's' show
Bruce Campbell has signed on to host a new version of the docu-series "Ripley's Believe It or Not!" for the Travel Channel.

U.S. News // 3 years ago
Donald Trump inauguration schedule of events, performers and inaugural balls
The inauguration of President Donald Trump features a long list of official and semi-official events and celebrations, plus more than a few protests. Marie Osmond offers to perform at main event. 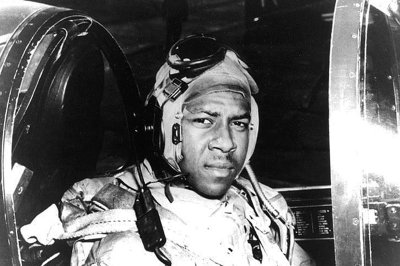 Top News // 3 years ago
The Almanac
On Oct. 13, 1926, Jesse L. Brown, the first African-American aviator in the U.S. Navy, and a recipient of the Distinguished Flying Cross, was born in Hattiesburg, Miss.

Creative expression has always been respected and treasured in my family. It is with that in mind, that I have poured my creative spirit and love for design and style into this new lifestyle collection

Headlining in Las Vegas again after all the years in between is something Marie and I have wanted to do for some time now, and we are delighted to extend our run at the Flamingo just six weeks after opening

Olive Marie Osmond (born October 13, 1959) is an American singer, actress, doll designer, and a member of the show business family The Osmonds. Although she was never part of her family's singing group, she gained success as a solo country music artist in the 1970s and 1980s. Her best known song is a cover of the country pop ballad "Paper Roses." In 1976, she and her singer brother Donny Osmond began hosting the TV variety show Donny & Marie.

Born Olive Marie Osmond in Ogden, Utah to Olive and George Osmond, Marie Osmond was raised as a member of the Church of Jesus Christ of Latter-day Saints. The only daughter of nine children, her brothers are Virl, Tom, Alan, Wayne, Merrill, Jay, Donny, and Jimmy Osmond. From an early age, her brothers maintained a career in show business, singing and performing on national television. Osmond debuted as part of her brothers' act The Osmond Brothers on the The Andy Williams Show when she was three, but generally did not perform with her brothers in the group's television performances through the 1960s.

Aside from her two eldest brothers (who are deaf), Marie was soon the only family member not involved in the music business. After the initial success of The Osmonds in 1970, Marie's older brother Donny was gaining success as a solo artist on the Pop Music charts and was becoming a teen idol. The Osmonds' management convinced Marie to try her hand as well. She signed with the family's record label, MGM Records and began making concert appearances with The Osmonds. Her style was more directed towards country music, in contrast with her brothers' pop music.

FULL ARTICLE AT WIKIPEDIA.ORG
This article is licensed under the GNU Free Documentation License.
It uses material from the Wikipedia article "Marie Osmond."
Back to Article
/