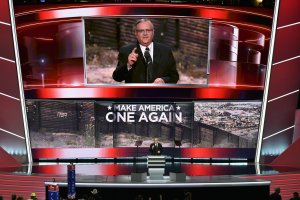 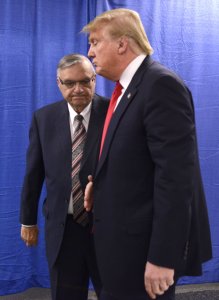 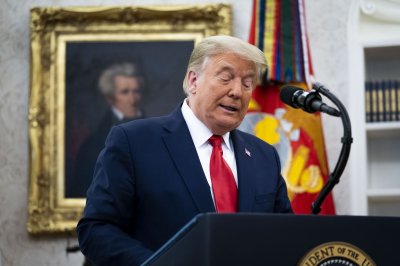 U.S. News // 4 months ago
Appeals court rejects conservative challenge to Ga. election results
A federal appeals court on Saturday rejected a lawsuit attempting to overturn the results of the presidential election in Georgia.

U.S. News // 4 months ago
Trump campaign drops Michigan case, three other states toss election challenges
Judges in Arizona, Georgia and Pennsylvania ruled against efforts by the Trump campaign and Republicans to challenge the result of the general election, as the campaign dropped a case in Michigan.

U.S. News // 5 months ago
Pennsylvania judges toss 6 Trump campaign election challenges
President Donald Trump's campaign has lost multiple election cases, including half a dozen cases in Pennsylvania, and others in Arizona and Michigan.

U.S. News // 5 months ago
Trump campaign walks away from Arizona elections lawsuit
The Trump campaign on Friday dropped its participation in a lawsuit questioning the integrity of Arizona's in-person voting after President-elect Joe Biden received enough votes to be projected the winner in the state.

U.S. News // 5 months ago
Biden projected to take Arizona, Georgia; Trump nabs North Carolina
President-elect Joe Biden was projected to win Arizona and Georgia -- the first Democrat to do so in decades -- while North Carolina was called in President Donald Trump's favor Friday.

U.S. News // 5 months ago
Biden expands lead over Trump: 'We're going to win'
The tight presidential race between Donald Trump and Joe Biden shifted in Pennsylvania and Georgia on Friday and expanded in Nevada as the former vice president keeps surging ahead in vote counts.

This is going to be a long painful, bloody road. This is not a crime show. People were actually killed. The bullets were real, the blood was real. The fear was real. The pain was real

Maricopa County (pronounced /ˌmærɨˈkoʊpə/) is located in the south-central part of the U.S. state of Arizona. As of July 2008, its population was 3,954,598, which ranks fourth among the nation's counties and is greater than the population of 24 states. The county seat is Phoenix, which is Arizona's largest city and capital. The center of population of Arizona is located in Maricopa County, in the town of Gilbert. It is by far Arizona's most populous county, encompassing well more than half of the state's residents.

The population explosion is evident in a 2007 Forbes study which ranked four of Maricopa County's municipalities in the top ten fastest-growing cities in the nation. Those included Buckeye as the 2nd-fastest-growing city, Surprise and Goodyear as 3rd and 4th, and Avondale as 9th. All four of these cities are located in the booming "West Valley" which is the area of Maricopa County to the west of the City of Phoenix.

There are five Indian reservations located in the county. The largest of these are the Salt River Pima Maricopa Indian Community (East of Scottsdale) and the Gila River Indian Community (South of Phoenix), both of which have casino gambling.

FULL ARTICLE AT WIKIPEDIA.ORG
This article is licensed under the GNU Free Documentation License.
It uses material from the Wikipedia article "Maricopa County."
Back to Article
/