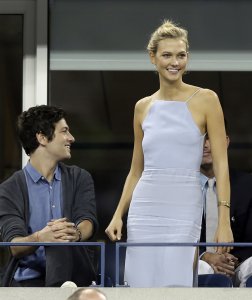 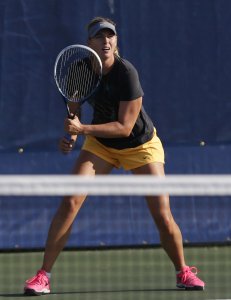 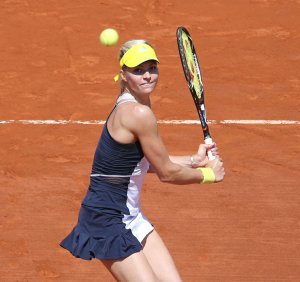 It's my second title this year and I'm really happy everything is working so well on clay, because last year I didn't do so well during this season

Maria Yuryevna Kirilenko (Russian: Мари́я Ю́рьевна Кириле́нко) (born 25 January 1987) is a Russian professional tennis player. Kirilenko won her first WTA Tour title in 2005, defeating Anna-Lena Grönefeld in the China Open. Kirilenko reached 18, her career-high singles ranking, on the WTA tour in July 2008. She won the junior event at the 2002 Canadian Open, as well as the 2002 US Open junior tournament. She has reached one Grand Slam quarterfinal at the 2010 Australian Open. As of 29 August 2011, Kirilenko is ranked World No. 29.

She has been in a relationship with fellow Russian player, Igor Andreev for several years.

FULL ARTICLE AT WIKIPEDIA.ORG
This article is licensed under the GNU Free Documentation License.
It uses material from the Wikipedia article "Maria Kirilenko."