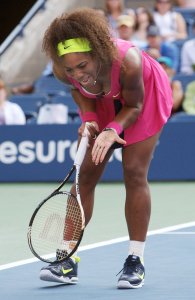 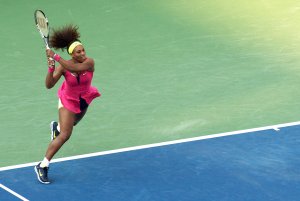 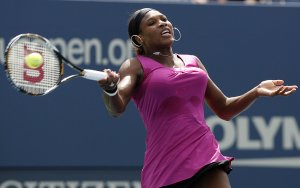 I'm very happy about my win today and how I played

María José Martínez Sánchez (born 12 August 1982) is a Spanish professional tennis player. In singles, she has won three WTA singles titles, the 2009 Copa Sony Ericsson Colsanitas, the 2009 Swedish Open and the Premier 5 event, 2010 Internazionali BNL d'Italia. She was also a runner-up at the 2008 Barcelona KIA. As a junior she won the 1999 Orange Bowl, a year-ending tennis event for junior players. She reached her career high ranking in singles of World No. 19 on 10 May 2010.

In doubles, Martínez Sánchez has won 14 WTA titles, nine of which came with Nuria Llagostera Vives, including the 2009 WTA Tour Championships. She has also won four titles with Anabel Medina Garrigues. Martínez Sánchez reached a career high doubles ranking of World No. 5 on 18 January 2010.

As a Junior, Martínez Sánchez won the 1999 Orange Bowl, a year-ending tennis event for Juniors. She made her first Grand Slam draw at the 2001 Australian Open losing to the 3rd seed Venus Williams.

FULL ARTICLE AT WIKIPEDIA.ORG
This article is licensed under the GNU Free Documentation License.
It uses material from the Wikipedia article "Maria Jose Martinez Sanchez."
Back to Article
/