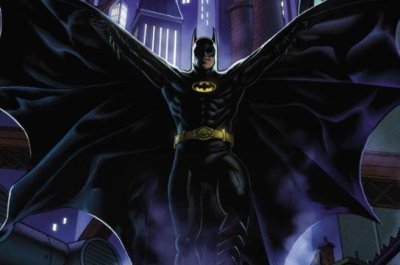 Entertainment News // 2 months ago
'Batman '89,' 'Superman '78' to expand classic films in comic book form
DC Comics announced on Tuesday that a pair of comic book series, based on Tim Burton's "Batman" films and Richard Donner's "Superman" films, will be released in July.

Kidder, one of five children, was born in Yellowknife, Northwest Territories, Canada, the daughter of Jill (née Wilson), a history teacher, and Kendall Kidder, an explosives expert and mining engineer. She was born in Yellowknife because of her father's job, which required the family to live in remote locations. She has a sister, Annie, and three brothers, John, Michael and Peter. Kidder's niece, Janet Kidder, is also an actress.

In the late 1960s, Kidder was based in Toronto. She appeared in a number of TV drama series for the CBC, including guest appearances on Wojeck, Adventures in Rainbow Country, and a semi-regular role as a young reporter on McQueen. Later, she made an appearance as a barmaid in Nichols, a short-lived James Garner vehicle made for American television, and she was a guest star in a 1972 episode of the George Peppard detective series Banacek.

FULL ARTICLE AT WIKIPEDIA.ORG
This article is licensed under the GNU Free Documentation License.
It uses material from the Wikipedia article "Margot Kidder."
Back to Article
/