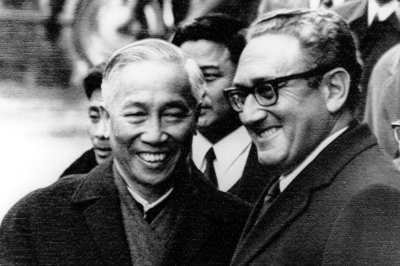 Top News // 4 years ago
The Almanac
On Nov. 8, 1923, Adolf Hitler leads a failed attempt to overthrow the German government in what has become known as the Beer Hall Putsch. Hitler was quickly arrested and charged with treason.

Top News // 5 years ago
The Almanac
On May 3, 1963, members of the Birmingham, Ala., police and fire departments used fire hoses against a group of African Americans marching for civil rights.

Margaret Munnerlyn Mitchell (November 8, 1900 – August 16, 1949) was an American author, who won the Pulitzer Prize in 1937 for her epic novel Gone with the Wind, her only major publication. This novel is one of the most popular books of all time, selling more than 30 million copies (see list of best-selling books). The film adaptation of it, released in 1939, became the highest-grossing film in the history of Hollywood, and it received a record-breaking ten Academy Awards (a record since eclipsed by Ben Hur, The Lord of the Rings: The Return of the King, and Titanic with eleven wins each). Mitchell has been honored by the United States Postal Service with a 1¢ Great Americans series postage stamp.

Margaret Mitchell was born in Atlanta, Georgia, to Eugene Muse Mitchell, a lawyer, and Mary Isabelle Stephens, often referred to as Maybell, a suffragist of Irish Catholic origin. Mitchell's brother, Alexander Stephens Mitchell, was four years her senior. Her childhood was spent in the laps of Civil War veterans and of her maternal relatives, who had lived through the Civil War.

After graduating from Washington Seminary (now The Westminster Schools), she attended Smith College, but withdrew during her freshman year in 1918. She returned to Atlanta to take over the household after her mother's death earlier that year from the great Spanish flu pandemic of 1918.

FULL ARTICLE AT WIKIPEDIA.ORG
This article is licensed under the GNU Free Documentation License.
It uses material from the Wikipedia article "Margaret Mitchell."
Back to Article
/