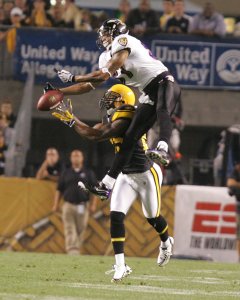 Entertainment News // 3 months ago
Sony unveils PlayStation 5 hardware, upcoming games
Sony unveiled the design for its upcoming PlayStation 5 console while also showcasing a collection of games that will be released for the next-generation platform.

NFL // 1 year ago
Redskins sign QB Johnson to back up Sanchez
The Washington Redskins made it official by signing journeyman quarterback Josh Johnson, the team announced Wednesday. 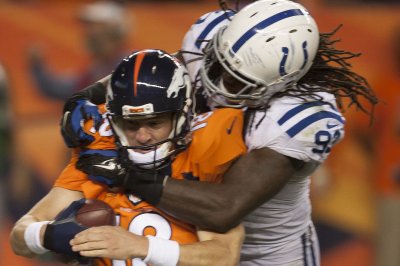 NFL // 2 years ago
Seattle Seahawks come up big in 4th quarter to defeat Indianapolis Colts
While recent conversations have surrounded Seattle's disappointing defense and quarterback Russell Wilson struggling to stay on two feet, it was a free-agent signing and a waiver claim that propelled the Seahawks to victory.

At first glance, pairing a television show with a NASCAR race might seem like a non-traditional sponsorship

Racing in primetime at Lowe's Motor Speedway brings out the intensity in these drivers, especially in a Saturday night race like the Bank of America 500

Marcus Anthony Smith (born January 11, 1985 in San Diego, California) is an American football wide receiver for the Baltimore Ravens of the National Football League. He was drafted by the Ravens in the fourth round of the 2008 NFL Draft. He played college football at New Mexico.

Smith played college football at the University of New Mexico and graduated in 2008. He was first team Mountain West Conference for 2007.

FULL ARTICLE AT WIKIPEDIA.ORG
This article is licensed under the GNU Free Documentation License.
It uses material from the Wikipedia article "Marcus Smith."
Back to Article
/