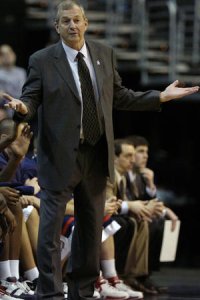 NFL // 2 years ago
Fantasy football: Colts star WR T.Y. Hilton out vs. Titans
The Indianapolis Colts will be without star wide receiver T.Y. Hilton when they face the Tennessee Titans Sunday in Indianapolis.

Michael Allen "Marcus" Johnson (born December 1, 1981 in Greenville, Mississippi) is an American football guard who is currently a free agent. He was drafted by the Minnesota Vikings in the second round of the 2005 NFL Draft. He played college football at Mississippi.

Johnson has also been a member of the Oakland Raiders and Tampa Bay Buccaneers. He is the younger brother of CFL offensive lineman Belton Johnson.

FULL ARTICLE AT WIKIPEDIA.ORG
This article is licensed under the GNU Free Documentation License.
It uses material from the Wikipedia article "Marcus Johnson."