Golf // 4 years ago
Golf news: Jordan Spieth still undecided on 2016 Rio Olympics
Second-ranked Jordan Spieth said he remains undecided about whether he will participate in the 2016 Summer Olympics in Rio de Janeiro.

Golf // 4 years ago
Tiger Woods likely to return to golf next week, Rosaforte says
--Tim Rosaforte of the Golf Channel, who has been chronicling Tiger Woods' recovery from three back surgeries, thinks he knows when the former world No. 1 might return to the PGA Tour. 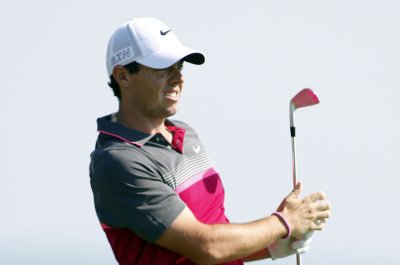 Sports News // 5 years ago
Fan favorite Jordan Spieth rolls in Match Play
AUSTIN, Texas -- The expectations of adoring fans standing six and seven deep at every hole might be daunting or a distraction to some golfers.

Almost all the collection is being sold. It has really got to the stage when it is time to move on to fresh pastures. It was becoming increasingly difficult for him to find very fine pieces

Just keep plodding along -- that's all the mindset was

Born in Corowa, New South Wales, Fraser spent his early years working at a supermarket He completed a distinguished amateur career in 2002, finishing as the top individual in the Eisenhower Trophy world teams event.

He turned professional in 2002 and completed his first seasons playing on Europe's second tier Challenge Tour. In 2003, he won three tournaments in one month, the Danish Open, the Finnish Challenge and the Russian Open, which was also a European Tour event. The last of those wins secured his card on the European Tour for 2004. He has maintained his playing status since by consistently finishing inside the top 120 on the Order of Merit, with a best of 51st place in 2004.

FULL ARTICLE AT WIKIPEDIA.ORG
This article is licensed under the GNU Free Documentation License.
It uses material from the Wikipedia article "Marcus Fraser."
Back to Article
/