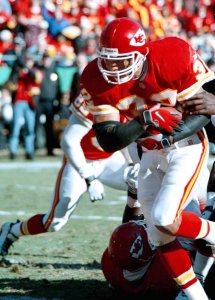 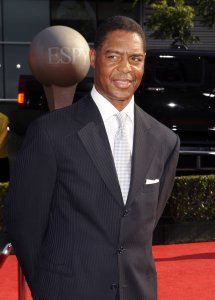 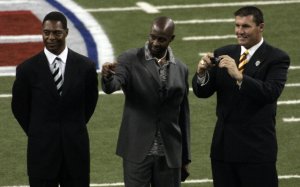 NFL // 1 year ago
Raiders rookie Josh Jacobs runs wild in win vs. Lions
Oakland Raiders running back Josh Jacobs could not be contained in a narrow Week 9 win against the Detroit Lions. 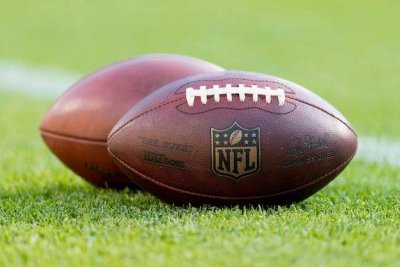 NFL // 2 years ago
2018 NFL Mock Draft: Predictions of Detroit Lions' selections, team needs
The Detroit Lions have six picks in the 2018 NFL Draft, including No. 20 in the first round April 26 in Arlington, Tex.

NFL // 2 years ago
2018 NFL Mock Draft: Predicting every pick in rounds 1-7
From the Cleveland Browns at No. 1 to the Atlanta Falcons at No. 256, this mock draft covers every pick in the upcoming 2018 NFL Draft. 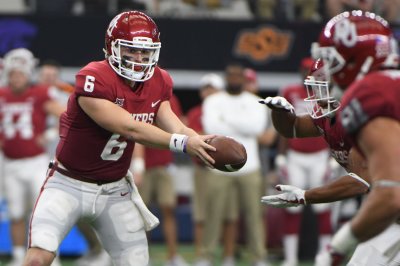 I wish the Raiders and Mr. Davis the best in their quest to win another championship. That's all I'm going to say

This is the greatest day of my athletic career. It is what I wanted to achieve, especially this year in my hometown

Marcus LeMarr Allen (born March 26, 1960 in San Diego, California) is a former American football player, and until recently affiliated with CBS as a game analyst. As a professional, Allen ran for 12,243 yards and caught 587 passes for 5,411 yards during his career for both the Los Angeles Raiders and the Kansas City Chiefs from 1982 to 1997. He scored 145 touchdowns including a then league record 123 rushing touchdowns and was elected to six Pro Bowls when he retired. He was also a fairly good passer for a running back, completing 12 of 27 passes for 285 yards and 6 touchdowns, with only 1 interception. Allen was the first player ever to gain more than 10,000 rushing yards and 5,000 receiving yards during his career.

Allen is a member of the Laureus World Sports Academy.

FULL ARTICLE AT WIKIPEDIA.ORG
This article is licensed under the GNU Free Documentation License.
It uses material from the Wikipedia article "Marcus Allen."
Back to Article
/