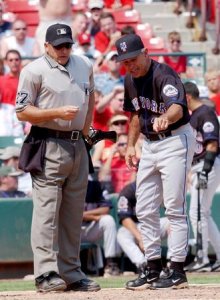 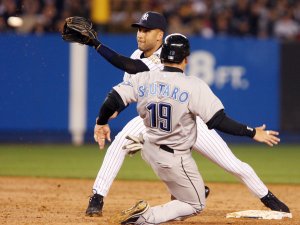 MLB // 2 years ago
Atlanta Braves' Sanchez will try to complete sweep of New York Giants
Anibal Sanchez will attempt to turn the tables on the San Francisco Giants in more ways than one Wednesday afternoon.

After spending seven seasons in minor league baseball in the Indians and Brewers organizations, and two seasons with the Mets as a backup, Scutaro landed a starting second baseman position after Mark Ellis had a season-ending shoulder injury during 2004 spring training. Scutaro was also in the 2005 documentary film "A Player to Be Named Later" which followed various players from Indianapolis Indians, the Triple-A affiliate of the Milwaukee Brewers, for one season.

FULL ARTICLE AT WIKIPEDIA.ORG
This article is licensed under the GNU Free Documentation License.
It uses material from the Wikipedia article "Marco Scutaro."
Back to Article
/