NHL // 2 years ago
Rangers, Red Wings on rolls heading into matchup
DETROIT -- The New York Rangers and Detroit Red Wings are both rebuilding but have played well in their past few games.

NHL // 4 years ago
2017 NHL playoffs: New York Rangers vs Ottawa Senators Game 6 preview, update
Whether you agree with the coach or not, Alain Vigneault has tied the New York Rangers' postseason success to his veterans. He has limited ice time for some of his good young players and even scratched one of them for a veteran with very little skill. 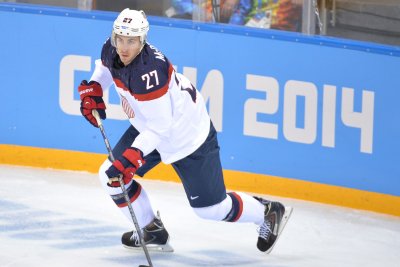 NHL // 4 years ago
Ryan McDonagh scores twice in New York Rangers' win over Detroit Red Wings
DETROIT -- The road warriors of the NHL didn't take long to get their show back on track.

NHL // 4 years ago
New York Islanders continue to give New York Rangers trouble with 4-2 win
NEW YORK -- For John Tavares, frustration turned to persistence in a span of mere seconds.

NHL // 4 years ago
Henrik Lundqvist leads New York Rangers over Anaheim Ducks
NEW YORK -- Henrik Lundqvist is enduring an inconsistent this season. A lot of that has to do with a porous defense but the goaltender at times hasn't looked like the five-time Vezina Trophy finalist he has been during his career. 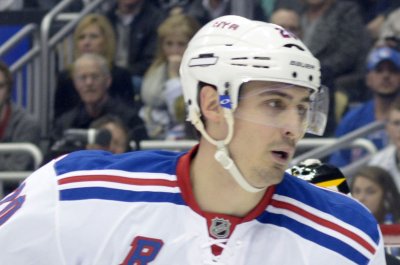 Marc Staal (born January 13, 1987) is a Canadian professional ice hockey defenceman with the New York Rangers of the National Hockey League He is also an alternate captain. He is the younger brother of Eric Staal of the Carolina Hurricanes, and older brother of Jordan Staal of the Pittsburgh Penguins and Jared Staal, who was signed by Eric's team, the Hurricanes but is currently playing for the ECHL's Florida Everblades.

Staal played junior hockey from 2003–2007 for the Sudbury Wolves in the Ontario Hockey League where he was the team's captain, and led the Wolves to their first trip to the OHL finals in 30 years. He was drafted by the New York Rangers in 2005 NHL Entry Draft in the 1st round, 12th pick overall.

Staal played for Team Canada in the 2006 and 2007 IIHF World Junior Ice Hockey Championships bringing home gold both times. He was named the tournament's top defenceman in the 2006 Championships.

FULL ARTICLE AT WIKIPEDIA.ORG
This article is licensed under the GNU Free Documentation License.
It uses material from the Wikipedia article "Marc Staal."
Back to Article
/