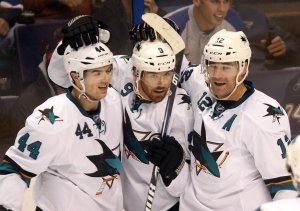 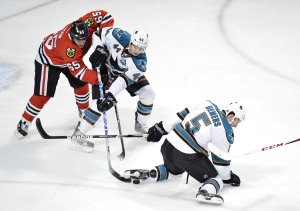 NHL // 3 years ago
San Jose Sharks' Joe Pavelski loses teeth after scoring goal with face
San Jose Sharks captain Joe Pavelski had the team's first goal against the Vegas Golden Knights in the first round, but the score came with some self-sacrifice.

He has three younger brothers, Thomas, Charles, and James, the last two being twins. He vacations in Melmerby Beach, Nova Scotia. His nickname with the Sharks is "Pickles", in reference to Vlasic Pickles. He is also referred to as "The Stork", because of the Vlasic Pickles mascot.

FULL ARTICLE AT WIKIPEDIA.ORG
This article is licensed under the GNU Free Documentation License.
It uses material from the Wikipedia article "Marc-Edouard Vlasic."