TV // 2 years ago
Peta Murgatroyd brings son to 'Dancing with the Stars' set
Peta Murgatroyd posted a sweet photo with Shai Aleksander, her 8-month-old son with Maksim Chmerkovskiy, ahead of Monday's episode. 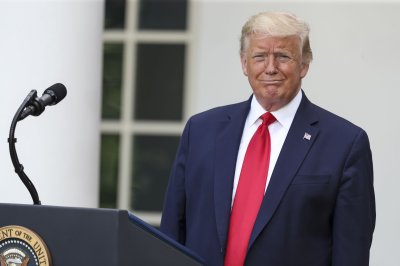 Maksim Aleksandrovich Chmerkovskiy (Ukrainian: Максим Олекса́ндрович Чмерковський, Maksim Oleksandrovich Chmerkovskiy; Russian: Максим Александрович Чмерковский; born January 17, 1980) is a Latin Ballroom dance champion, choreographer, and instructor. He is best known as one of the professional dancers on the American television series Dancing With The Stars, on which he first appeared in season two.

Born on January 17, 1980 in Odessa to Aleksandr and Larisa Chmerkovskiy, he began dancing at the age of four. His brother, Valentin Chmerkovskiy, is also a champion dancer.

The challenges of immigration for Chmerkovskiy and his family included financial and language barriers. A skiing accident as a child broke Chmerkovskiy's right leg. Doctors informed him that there would be difficulties with his leg and that dancing might not be possible. He made a successful recovery and went on to become a professional Latin Ballroom dancer.

FULL ARTICLE AT WIKIPEDIA.ORG
This article is licensed under the GNU Free Documentation License.
It uses material from the Wikipedia article "Maksim Chmerkovskiy."
Back to Article
/