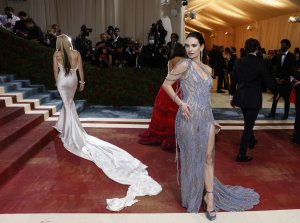 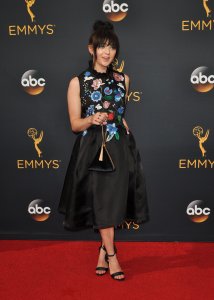 TV // 3 weeks ago
What to watch: 5 Joseph Quinn roles beyond 'Stranger Things'
Joseph Quinn, who plays Eddie Munson on "Stranger Things," can also be seen in "Game of Thrones," "Catherine the Great" and other TV series.

TV // 3 months ago
'House of the Dragon' teaser trailer, posters promise 'fire and blood'
"House of the Dragon," a "Game of Thrones" prequel series starring Paddy Considine, Matt Smith and Emma D'Arcy, is coming to HBO in August.

TV // 4 months ago
Sex Pistols series 'Pistol' coming to Hulu in May
"Pistol," an FX series about Sex Pistols guitarist Steve Jones directed by Danny Boyle, will premiere on Hulu in May.

TV // 5 months ago
What to binge: 5 shows to watch after 'Vikings: Valhalla' Season 1
"Vikings: Valhalla," which has spent two weeks at No. 1 on Netflix's Top 10 list, follows a group of Vikings as they plan an invasion to take on the English.

Top News // 1 year ago
The Almanac
On April 15, 1817, the oldest, permanent U.S. school for the deaf, the American School for the Deaf, was founded at Hartford, Conn.

Entertainment News // 1 year ago
George R.R. Martin pens 'hundreds and hundreds of pages' of 'Winds of Winter'
Author George R. R. Martin said he has been hard at work on "The Winds of Winter."

Maisie Williams (born 15 April 1997) is an English actress and dancer. She is best known for her role as Arya Stark in the HBO television series Game of Thrones, which earned her the 2012 Portal Awards for Best Supporting Actress – Television and Best Young Actor, and the BBC Radio 1 Teen Award for Best British Actor in 2013. She has also received nominations for the Scream Award for Best Ensemble (2011), and the Young Artist Award for Best Performance in a TV Series – Supporting Young Actress (2013) for her performance.

FULL ARTICLE AT WIKIPEDIA.ORG
This article is licensed under the GNU Free Documentation License.
It uses material from the Wikipedia article "Maisie Williams."