World News // 2 months ago
Former ruling coalition tabs Anwar Ibrahim as next Malaysian PM
Anwar Ibrahim, who's long been a central figure in Malaysian politics, has been nominated by the former ruling Pakatan Harapan coalition as its candidate for prime minister.

Voices // 7 months ago
China's worldwide investment project is a push for more power
Inspired by the ancient Silk Road, China is investing in a massive set of international development projects that are raising concerns about how the country is expanding its power around the world. 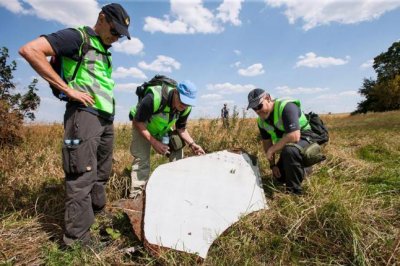 World News // 11 months ago
Malaysia leader: No proof Russia behind shootdown of MH17
Malaysian Prime Minister Mahathir Mohamad said Thursday he doesn't believe the Russian government is responsible for the downing of MH17. 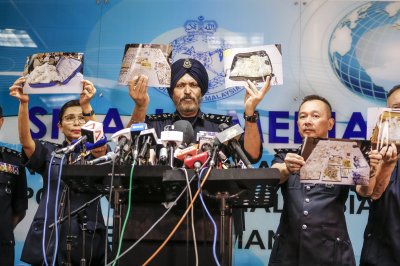 Energy News // 2 years ago
Malaysia could capitalize on oil prices
Malaysia's new government will need to act quickly to capitalize on any economic momentum from higher crude oil prices, an analyst said.

If Mugabe lost, he has to accept the decision of the people

We should also note that only in Malaysia are Muslim women regressing; in every other Muslim country in the world, women have been gaining rights, not losing them

It was the biggest lie. If he'd rebuked me I'm quite sure I would have rebuked him also

It would seem that the great exponents and practitioners of democracy believe that the way to spread the doctrine... is by terrorizing the world

The Europeans killed 6 million Jews out of 12 million. But today the Jews rule this world by proxy. They get others to fight and die for them

Tun Dr. Mahathir bin Mohamad (pronounced ; born December 20, 1925) is a retired Malaysian political figure. He was the fourth Prime Minister of Malaysia. He held the post for 22 years from 1981 to 2003, making him Malaysia's longest-serving Prime Minister, and one of the longest-serving leaders in Asia. During his term in office, he was credited for engineering Malaysia's rapid modernisation. Mahathir is also known for his criticisms of western and developed countries.

During his administration, he was considered to be one of Asia's most influential leaders. Mahathir is also noted in the Western world as an outspoken critic of Western-style globalization.

Mahathir was born in Alor Star, the capital of the northern Malaysian state of Kedah, the youngest of nine children of a schoolteacher and a housewife. His father, Mohamad Iskandar, was of half-Indian origin, being the son of a Malayalee Muslim (who migrated from Kerala) and a Malay mother, while Mahathir's own mother, Wan Tampawan, was Malay.

FULL ARTICLE AT WIKIPEDIA.ORG
This article is licensed under the GNU Free Documentation License.
It uses material from the Wikipedia article "Mahathir Mohamad."
Back to Article
/