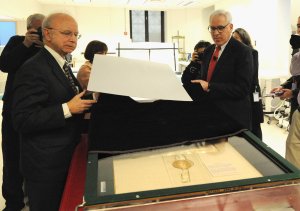 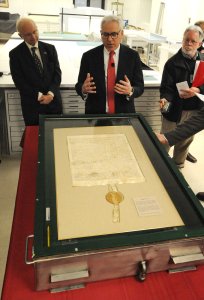 U.S. News // 6 months ago
U.S. proposes rules that could cause faster destruction of national forests
U.S. environmental groups are sounding the alarm that one of the oldest environmental laws in the United States is being weakened on several fronts by the Trump administration.

U.S. News // 4 years ago
GOP Round 2: Candidates rip Iran deal, Trump again the focus, Fiorina strong in prime-time debut
Republican candidates for president had another opportunity Wednesday to showcase their ideologies in the second GOP debate at the Reagan presidential library.

Outside View // 4 years ago
How Donald Trump can short sell Mexico to become president
Donald Trump's plan to finance a border wall by withholding remittances may not be a campaign promise, but rather a means to obtain the presidency.

Commentary: Arnaud de Borchgrave // 4 years ago
An eventful year for Great Britiain
2015 is indeed an event filled year that could help put some of the "great" back into Great Britain. 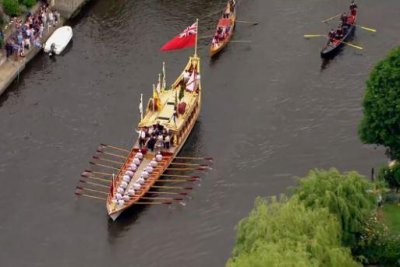 World News // 4 years ago
Four copies of the Magna Carta brought together for rare viewing
The four remaining copies of the Magna Carta were brought together for the first time at the British Library and only 1,215 were granted access to see them.
World News // 5 years ago
Rights groups angered over David Cameron's plans to repeal U.K.'s Human Rights Act
British Prime Minister David Cameron has angered rights groups over his planned repeal of the Human Rights Act.
Entertainment News // 5 years ago
Jay Z, Beyonce make cameos at Coachella [VIDEOS]
Music's most high-profile couple made brief appearances at Coachella on Saturday.
Business News // 5 years ago
World wide web inventor: The web needs a digital bill of rights
Speaking on the 25th anniversary of the world wide web, Tim Berners-Lee -- its inventor -- said the web needs a digital bill of rights to protect its users.
World News // 5 years ago
World Wide Web inventor calls for an online Magna Carta of rights
The designer of the World Wide Web has called for a Magna Carta for users, to insure the independence of the medium and the rights of its users.
Blog // 5 years ago
Grammys 2014: Beyonce and Jay Z to perform
The Grammy Awards air Sunday, January 26.

Signs in the Heavens: A Moslem Astronomer's Perspective on Religion and Science

Magna Carta is an English charter, originally issued in the year 1215 and reissued later in the 13th century in modified versions, which included the most direct challenges to the monarch's authority to date. The charter first passed into law in 1225. The 1297 version, with the long title (originally in Latin) The Great Charter of the Liberties of England, and of the Liberties of the Forest, still remains on the statute books of England and Wales.

The 1215 Charter required King John of England to proclaim certain liberties, and accept that his will was not arbitrary, for example by explicitly accepting that no "freeman" (in the sense of non-serf) could be punished except through the law of the land, a right which is still in existence today.

Magna Carta was the first document forced onto an English King by a group of his subjects, the feudal barons, in an attempt to limit his powers by law and protect their privileges. It was preceded and directly influenced by the Charter of Liberties in 1100, in which King Henry I had specified particular areas wherein his powers would be limited.

FULL ARTICLE AT WIKIPEDIA.ORG
This article is licensed under the GNU Free Documentation License.
It uses material from the Wikipedia article "Magna Carta."
Back to Article
/