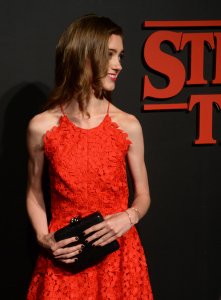 Top News // 2 years ago
On This Day: Soviets bomb Helsinki, kick off Winter War
On Nov. 30, 1939, the Russo-Finnish War -- also known as the Winter War -- started after the Soviet Union failed to obtain territorial concessions from Finland.

Top News // 3 years ago
The Almanac
On Jan. 17, 1920, Alexander Berkman and Emma Goldman, having been deported from the United States, announced that they intend to organize a great society in Soviet Russia, its prime objective would be the promotion of "social revolution in the United States."

Mack Sennett (January 17, 1880 – November 5, 1960) was a Canadian-born American director and was known as the innovator of slapstick comedy in film. During his lifetime he was known at times as the "King of Comedy". His short "Wrestling Swordfish" was awarded the Academy Award for Best Live Action Short Film in 1932 and he earned an Academy Honorary Award in 1937.

Born as Mikall (or Michael) Sinnott in Danville, Quebec, Canada, the son of Irish Catholic immigrant farmers. His father was a blacksmith in the small Eastern Townships village. When he was 17 years old his family moved to Connecticut.

The family lived for a time in Northampton, Massachusetts, where, according to his autobiography, Sennett first got the idea to go on stage after seeing a vaudeville show. He claimed that the most respected lawyer in town, Northampton mayor (and future President of the United States) Calvin Coolidge, as well as Sennett's own mother, tried to talk him out of his theatrical ambitions.

FULL ARTICLE AT WIKIPEDIA.ORG
This article is licensed under the GNU Free Documentation License.
It uses material from the Wikipedia article "Mack Sennett."
Back to Article
/