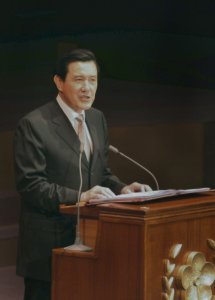 World News // 4 years ago
China restates One-China policy ahead of Taiwan elections
The Chinese government issued a warning on the eve of Taiwan's elections. 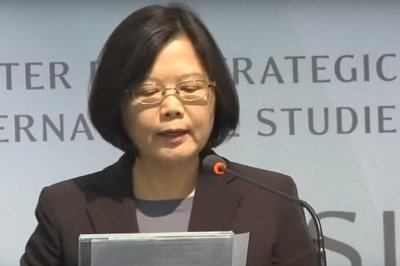 World News // 4 years ago
Taiwan seeking redress over 'comfort women' from Japan
The Taiwanese government and activists in other third-party countries are seeking a settlement from Japan. 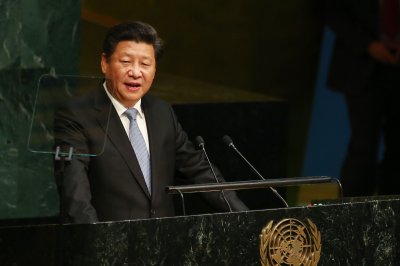 World News // 4 years ago
China, Taiwan open historic talks with handshake
The leaders of China and Taiwan opened their first talks in more than 60 years Saturday with a handshake, a symbolic gesture that marks renewed stability.

World News // 4 years ago
Taiwan president's meeting could be a warning to opposition, analyst says
Protests were held in Taiwan after President Ma Ying-jeou announced a historic summit for Nov. 7 with Chinese President Xi Jinping.

We think this announcement from the U.S. government is a sign that the past eight years of discord are over

In order to fully reconcile with each other, we should hold peace talks on both sides (of the Taiwan Strait)

While we negotiate with the mainland, we hope to carry out such talks with sufficient self-defense capabilities and not negotiate out of fear

We oppose the use of military force to resolve cross-strait disputes. However, this is not to say that we cannot maintain a military capability necessary for Taiwan's security

Ma Ying-jeou was born in Kwong Wah Hospital in Kowloon, Hong Kong on 13 July 1950, He is of Hakka ancestry, originating from Hunan Province of China. In a family of five children, Ma was the only son.

FULL ARTICLE AT WIKIPEDIA.ORG
This article is licensed under the GNU Free Documentation License.
It uses material from the Wikipedia article "Ma Ying-jeou."
Back to Article
/