Sports News // 3 weeks ago
Spielberg gets on Kentucky Derby course
Spielberg, the $1 million colt, finally got the job done in the Los Alamitos Futurity in the highlight of weekend racing, boosting his hopes and trainer Bob Baffert's for the 2021 Kentucky Derby. 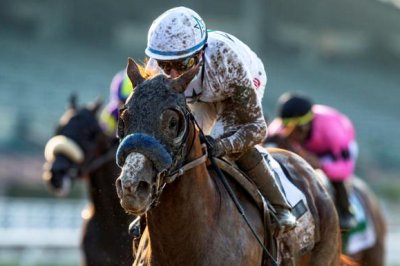 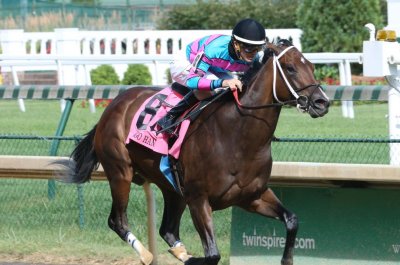 Luis was an integral part of the Cincinnati Reds 1990 World Series Championship team, with duties that included the occasional spot start, pinch hitter, late-inning defensive substitution, and pinch runner. A favorite of not only his managers in Cincinnati, Pete Rose and Lou Pinella, Luis was also a extremely popular with Reds fans, who loved his hustle and dedication. He drove in what would be the winning run in Game 6 of the 1990 NLCS, a 2-1 Reds victory.

After spending the 2009 season as the hitting coach for the Oneonta Tigers, he was promoted by the Detroit Tigers to the same position with the West Michigan Whitecaps of the Midwest League.

FULL ARTICLE AT WIKIPEDIA.ORG
This article is licensed under the GNU Free Documentation License.
It uses material from the Wikipedia article "Luis Quinonez."
Back to Article
/