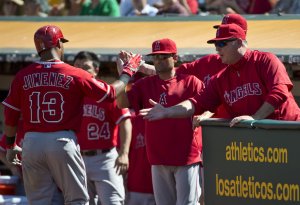 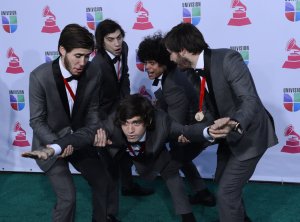 Health News // 1 year ago
Singing without a facemask can spread COVID-19
If you sing indoors without a facemask, you run the risk of spreading COVID-19 through tiny airborne particles known as aerosols. That's the conclusion researchers reached after studying a choir practice.

Signed by the Oakland Athletics on January 18, 1999, Jiménez played for various minor league teams for the A's, Baltimore Orioles, Los Angeles Dodgers, and Minnesota Twins before being signed by the Boston Red Sox to a minor league contract on February 1, 2006. With the Portland Sea Dogs in 2006, Jiménez hit 17 home runs and batted in 70 runs, with a .276 batting average. The Boston Red Sox organization re-signed him to a minor league contract on December 20, 2006, and invited him to participate in the Red Sox' 2007 spring training. During the 2007 season as a member of the Bowie Baysox, he hit 22 home runs while batting .328. On November 27, 2007, the Washington Nationals signed him to a minor league contract. He began the 2008 season with the Double-A Harrisburg Senators and he became a free agent at the end of the season.

FULL ARTICLE AT WIKIPEDIA.ORG
This article is licensed under the GNU Free Documentation License.
It uses material from the Wikipedia article "Luis Jimenez."