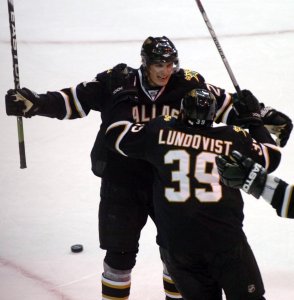 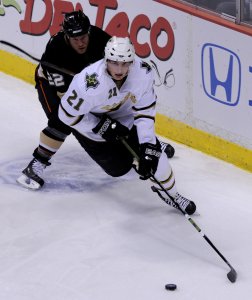 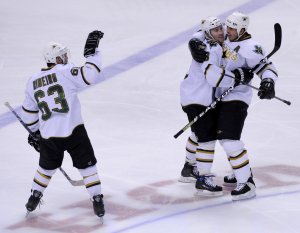 NHL // 5 years ago
Winnipeg Jets edge Vancouver Canucks to keep slim hopes alive
WINNIPEG, Manitoba -- The Jets' roster is battered, and the team's playoff hopes are almost fatally bruised, yet a tight win over the Vancouver Canucks showed that Winnipeg hasn't thrown in the towel yet.

NHL // 5 years ago
Boston Bruins win second straight under Bruce Cassidy
BOSTON -- David Pastrnak was glad to have a chance to be out on the ice in the closing minutes of a tie game on Saturday.

NHL // 5 years ago
NHL roundup: recap, scores, notes for every game played on February 9
BUFFALO, N.Y. -- Corey Perry had two goals and an assist to lead the Anaheim Ducks to a 5-2 win over the Buffalo Sabres on Thursday night.

Eriksson started playing for Lerum BK at a young age and excelled beyond others his age quickly. By age 11, he was already playing with the older U-16 team. His talent was recognized at various tournaments and he finally landed on the junior team for Frölunda HC.

Eriksson's professional career began in Elitserien, where he played for Frölunda HC. Eriksson won Rookie of the Year honors in 2004 at the age of 18 after posting eight goals and five assists in 46 games. A year later Eriksson would post five goals and nine assists in 39 games, helping Frölunda HC win the Swedish ice hockey championship (SM-guld).

FULL ARTICLE AT WIKIPEDIA.ORG
This article is licensed under the GNU Free Documentation License.
It uses material from the Wikipedia article "Loui Eriksson."