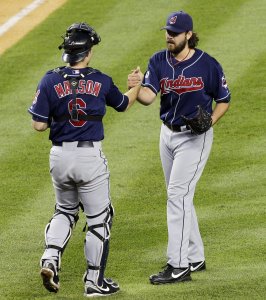 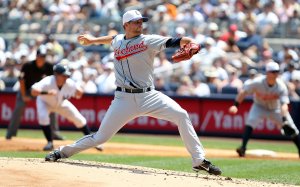 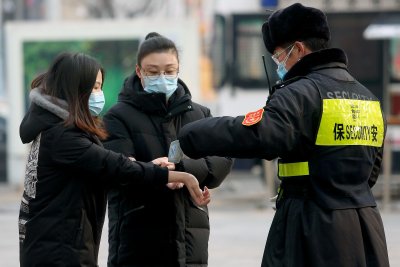 Louis Glenn Marson (born June 26, 1986 in Scottsdale, Arizona) is an American professional baseball catcher with the Cleveland Indians of Major League Baseball. Marson stands 6 feet 1 inch (1.85 m) and weighs 200 pounds (91 kg). He bats and throws right-handed. He was rated one of the top ten prospects in the Philadelphia Phillies' farm system.

Marson was drafted in the fourth round of the 2004 Major League Baseball Draft out of Coronado High School in Scottsdale, Arizona. During 2004, he played with the Gulf Coast League Phillies instructional league team, where he ended the season with a seven-game hitting streak. In 38 games, Marson amassed a total of 29 hits, including three doubles and four home runs, for a batting average of .257. He also stole four bases. During his first full season in the Phillies' system, Marson played with the A-level Batavia Muckdogs. He played 60 games for the short-season squad, batting .245 with five home runs and three triples. He also drew 27 bases on balls and hit .351 against left-handed pitchers.

Moving up to the South Atlantic League for the 2006 season, Marson had a team-leading five triples and four stolen bases, though his average fell to .243. He notched a four-hit game against the Hagerstown Suns, a four-RBI game in August against the Delmarva Shorebirds, and reached base safely in nearly every game in July. Marson had 85 hits in 350 at-bats in 2006 and added 29 walks for a .343 on-base percentage. Marson made his first appearance at the Phillies' spring training in 2007, after which he was assigned to the high-A Clearwater Threshers. He led the 2007 Threshers in batting average (.288) among qualifying players, hit 7 home runs and batted in 63 runs. He established himself as a solid fielder behind the plate, making only three errors in the final 37 games of the season and finishing with a fielding percentage of .982 for the season. After the 2007 season, Marson was recognized as one of the top ten prospects in the Phillies' minor league system by Baseball America.

FULL ARTICLE AT WIKIPEDIA.ORG
This article is licensed under the GNU Free Documentation License.
It uses material from the Wikipedia article "Lou Marson."
Back to Article
/