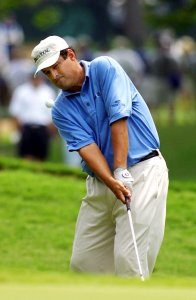 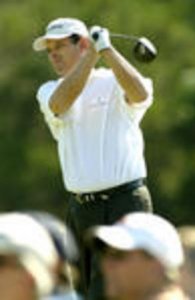 You can make some birdies early on this golf course

I was really able to play aggressively with my irons

I really feel relieved, I've always had a lot of faith in my putter

Loren Lloyd Roberts (born June 24, 1955) is an American professional golfer. He was born in San Luis Obispo, California. He competed for San Luis Obispo Senior High School and Cal Poly-SLO. In 1975 he turned professional after his sophomore season due to the university's dropping its NCAA Division II golf team.

He worked as an assistant pro at San Luis Obispo Golf and Country Club as well as Morro Bay Golf Course. He won the Foot-Joy PGA Assistant Professional Championship of 1979 and was second in 1980. The first professional tour where he competed was the PGA Tour of Australasia where he played briefly after his 1979 PGA victory.

On his fifth attempt, he earned his first PGA Tour card at the PGA Tour Qualification Tournament in 1980 for the 1981 season. He returned to the tournament in 1981, 1982, 1986 and 1987, earning his card every year except 1981. He did not get his first win on the PGA Tour until 1994 at age 38, yet it sparked a nine-season run of eight victories. His career earnings are over $15 million. He is known as "Boss of the Moss" for his putting skills. He has featured in the top 20 of the Official World Golf Rankings.

FULL ARTICLE AT WIKIPEDIA.ORG
This article is licensed under the GNU Free Documentation License.
It uses material from the Wikipedia article "Loren Roberts."
Back to Article
/